Under UNESCO project, ‘For a Balanced, Strong and Gender Responsive Media’ supported by the Embassy of Netherlands in Pakistan, police departments agree to formalize systems for reporting on crimes against journalists. The goal of the project is to build the capacity of duty bearers and to develop the state’s monitoring and reporting mechanism on SDG indicator 16.10.1. Based on the objectives of the UN Plan of Action on Safety of Journalists, the project complements UNESCO’s ongoing efforts on freedom of expression and safety of journalists in the country. The reporting mechanism was agreed in response to the first capacity building workshop, which will serve as a pilot.

Since 2019, UNESCO in collaboration with National Parliamentary Taskforce on SDGs and Parliamentarians Commission for Human Rights (PCHR) has been working on addressing institutional, legislative and operational gaps to establish a mechanism for reporting on crimes against journalists. In continuation of these efforts, the project is aimed at building capacity of duty bearers to enable Pakistan to achieve the Sustainable Development Goals pertaining to freedom of expression, access to information and safety of journalists.

Based on the recommendations and agreed action points after the capacity building workshop, police departments were taken on board in order to enable local police stations to collect data and report on crimes against journalists at federal and provincial levels. After successful follow up meetings, the Inspector General’s office Islamabad agreed to incorporate crime against journalists’ indicators in the existing crime management database system to help ensure an integrated and swift response. The piloting of the integrated system will initially begin in the Islamabad Capital Territory covering twenty two (22) police stations. After a successful pilot phase, it is expected that the indicators for crimes against journalists will be incorporated by provincial police departments and eventually collated data will be submitted to the SDG Secretariat and the National Bureau of Statistic. The outcome of the project will support efforts to increase accountability on issues pertaining to freedom of expression and journalist safety, and strengthen Pakistan’s response on voluntary reporting and international human rights obligations as well.

The data gathered by the automated crime database will be complied by the police focal persons on crimes against journalists, designated in each province on the behest of National Commission for Human Rights (NCHR) with the support of UNESCO's Multi-donor Program on Freedom of Expression & Safety of Journalists in 2019.

UNESCO with the support of the Embassy of the Kingdom of the Netherlands in Pakistan will continue implementing a series of capacity building workshops in provinces to ensure support for successful implementation of the reporting mechanism.  These workshops will target parliamentarians, law enforcement agencies, duty bearers and experts from civil society and contribute to advancing 2030 Development Agenda by also supporting SDG.17.9 to “Enhance international support for implementing effective and targeted capacity-building in developing countries to support national plans to implement all the sustainable development goals (…).” 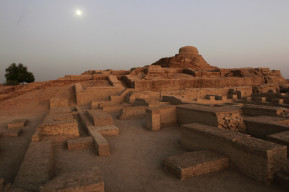 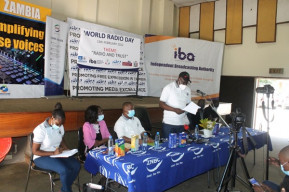 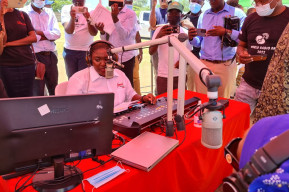