African Youth Promoting Values of Sports during the COVID-19 Pandemic

The COVID-19 pandemic has affected all spheres of live in many ways – but it was not expected to affect sports. In making up this effect, some African youth are demonstrating the power of sports in front of the camera: some are showing off their exquisite exercising skills, such as juggling football, practicing taekwondo and, or boxing. In the same vein, others are making use of makeshift materials to create simplified sport facilities while some others deployed video editing techniques to realize the virtual interaction with friends whilst doing sport.

These youth were actually participating in the Online Sport Challenge against COVID-19, which was organized by UNESCO Regional Offices in Abuja and Nairobi, in collaboration with the Pan-African Youth Network for a Culture of the Peace (PAYNCoP) and the African Peer Review Mechanism (APRM) of the Africa Union. The Challenge called for African youth aged between 15 and 35 to make videos of themselves displaying their innovative skills and creativity by taking part in any sporting activity of their choice, as a contribution to strengthen their health and resilience during the confinement, and post the videos online for a social media campaign.

We believe that sport, as a strong engine for equality, solidarity and inclusion, especially of the most disadvantaged and vulnerable within communities, is a foundation for building healthier and peaceful societies… At the height of the lockdowns, people were stuck at home and the general mode around communities was moody. We wanted to use sports to lift the mood in families, targeting young people, and commemorate the 2020 International Day of Sport for Peace and Development (April 6th) while observing the containment measures against COVID-19. We wanted something creative, dynamic and different, away from the norm of putting up big events.
Mr. Ikwelle Johnpaul Ekene, the Chairperson of PAYNCoP

Over 130 qualified entries were received from all the regions of the African continent. “It was inspiring to see the entries from young people across the continent. Reviewing the entries, I got emotional seeing some videos especially from persons living with disabilities, and the message reiterated our intention to help lift the moods of young people in communities, as fight against the virus intensified. It was interesting to see something that started so small, over phone calls at night, grow so big and reach several hundreds of young people.”

Subsequently, a webinar themed “Harnessing the Power of Sport in a time of Crisis: Engaging African Youth in the Fight against COVID-19 and beyond” was organized, with about 150 attendees and over 1,800 views on Facebook live streaming.  In addition to announcing the winning entries, the webinar had another importantl objective which was to “have a more explicit sensitization on youth about the potential values of sport during this pandemic, for example, the positive influence of sport on behavior, mind and attitudes and its importance in preventing anti-social and risky behavior.”

Sport improves people’s lives in unique ways: beyond ensuring physical and mental well-being, it is a bridge to better mutual understanding through promoting societal values such as tolerance, fairness, teamwork and mutual respect, leading to social cohesion and sustainable peace.

In the opening remarks, Ms. Ann Therese Ndong Jatta, the Director of UNESCO Regional Office for Eastern Africa took herself as an example, “Sports shall be one area where our young people are engaged in to learn how to be self-disciplined, (which is a prerequisite to become leaders of the future)… I am proud to say this because much of what I do in my life, I think, was got from my participation in sports. As a young person, engagement in sports is essentially to send very powerful messages of how to build teams, how to be disciplined, how to respect, and more importantly how to convey correct messages.” In echo of Ms. Ndong Jatta, the fourth winner of this challenge, Mr. Mbah Dieudonne Fon from Cameroon who lives with physical disabilities, excitedly posted on his social media after getting to know that he won an award, “From now on, I will never fail in anything. I have discovered the secret – Hardwork + God = Success!”

Winners of the Online Sport Challenge against COVID-19

Mr. Ikwelle Johnpaul Ekene Taking an Interview about the Culture of Peace

“As the Youth Ambassador of UNESCO, I believe that sports is a potent tool for meaningful youth engagement, and that we must continue to use creative strategies to inspire young people and their communities to take actions.” Mr. Ikwelle Johnpaul Ekene committed.

Youth in Africa are recognized as agents of change and an important resource in mitigating the COVID-19 risks and demographic dividends caused by the pandemic. UNESCO will continue to utilize sport to enable young inspiring leaders and to encourage social transformations, as we work towards achieving the Sustainable Development Goals. 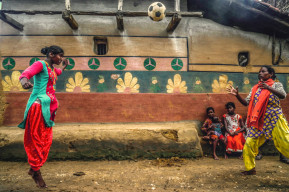 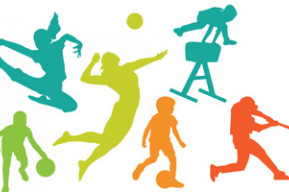 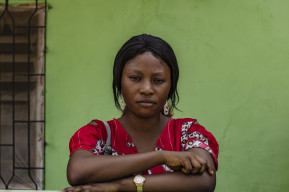 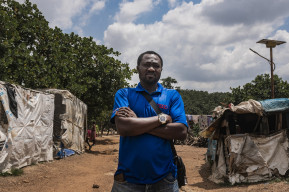 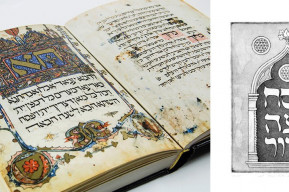 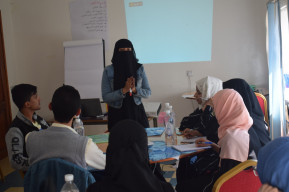