Building on the centuries-old ties between the Arab region and Latin America and the Caribbean, UNESCO organized the first expert meeting on “Arab Latinos!” in São Paulo, Brazil, on 22 August 2022. The main purpose of this initiative of UNESCO Social and Human Sciences Sector is to encourage intercultural dialogue and tolerance for social cohesion.
© UNESCO
31 August 2022

"Arab Latinos!" is an innovative initiative highlighting the specific intercultural encounter between Latin America and the Caribbean and the Arab region. Beyond the usual reductive stereotypes of "Latinos" and "Arabs", the initiative aims at emphasizing the richness and complexities of these multicultural groups, and what the fusion between these two groups has brought to the world. It also aims to strengthen south-south intercultural cooperation between both regions as a way to fight against stereotypes and discriminations, while contributing to human, social and economic development.

Intercultural dialogue, knowledge, and skills are of paramount importance. What is at stake is fostering the idea of a pluralistic culture and heritage, and promoting tolerance in a world that is increasingly becoming aware of its interdependences.
Angela Melo Director of Policies and Programmes, Social and Human Sciences at UNESCO

The event, hosted by the Arab-Brazilian Chamber of Commerce, took place on 23 - 24 August 2022 in São Paulo, kicked off by an official ceremony followed by an expert meeting. The discussions between fifteen experts from Argentina, Brazil, Chile, Colombia, and Mexico resulted in a five-year Plan of Action for a potential new route of intercultural dialogue at UNESCO. The proposed Plan of action would be articulated over four pillars: 1) Research and Knowledge production; 2) Awareness-raising; 3) Capacity-building; and 4) International Coalition.

First of its kind, the initiative, supported by the Sultan Bin Abdulaziz Al-Saud Foundation, builds on the Arabic cultural imprint in Latin America and the Caribbean.

This initiative is in line with the Foundation’s objectives to the strengthen the Arabic language beyond the Arab world and to enhance the language and culture of dialogue and by that to look into the Arabic cultural imprint in Latin America
Mr. Abdulaziz Almagushi Deputy Director-General of the Sultan Bin Abdulaziz Al Saud Foundation

Since the end of the 19th century, significant migratory flows from the Arab countries arrived in Latin America and the Caribbean. Nowadays, the population of Arab descent in the region is currently estimated to be between 17 and 20 million.

Today, we have millions of Latin Americans that are Arab descendants, proud of their origins, and fully integrated, who make significant contributions to their home countries. I am sure the Arab Latinos Project will provide an accurate and inspiring account of this.
Osmar Chohfi President of the Arab-Brazilian Chamber of Commerce

This unique intercultural encounter and its socio-cultural impact is the inspiration behind “Arab Latinos!”.

The opening ceremony was attended by the General Consuls of: France, the Kingdom of Saudi Arabia, Lebanon, the Syrian Arab Republic and the United Arab Emirates. The Dean of the Council of Arab Ambassadors in Brazil and the Ambassador of Palestine to Brazil, H.E. Ibrahim Alzeben, also welcomed the initiative through a video message.

The renown trio Sami and Willian Bordokan and Cláudio Kairuz concluded the opening ceremony with a musical performance. 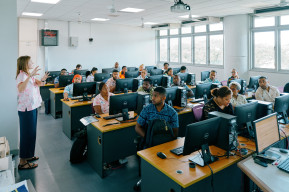 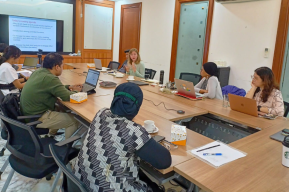 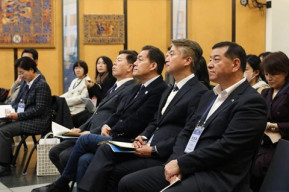 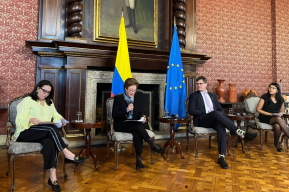