Mr Antonio Aramayo Tejada, Executive Director of the UNIR Bolivia Foundation, sponsoring institution of the research, and Mr Guilherme Canela, UNESCO Montevideo, Communication and Information Adviser together with the researchers responsible for producing the publication Ms Sandra Villegas Taborga and Mr Erick Torrico Villanueva will present the findings. Representatives of national, local and departmental governments, the media, civil society organizations and academics from communication and journalism faculties and schools are also expected to attend the event.

Bolivia is the second country in Latin America and the Caribbean to implement the UNESCO Media Development Indicators (MDIs).  UNESCO's International Programme for the Development of Communication (IPDC) developed the MDIs in order to provide a comprehensive methodology for assessing the specific circumstances of a country's media environment for the exercise of freedom of the press with guarantees of plurality and non-intervention. The purpose of the indicators are to guide the  formulation of public policies and to channel the efforts of the public and private actors that coexist in that media environment.

In the words of Saadia Sánchez Vegas, Director of the UNESCO Office in Quito and UNESCO Representative  in Bolivia: " this exercise does not only offer a complete overview of the country's news and media landscape, in the framework of International standards on freedom of expression, but also adds true value to research, updating knowledge about the background, progress and current status of media development in Bolivia."

The publication is a summary of more than one hundred pages on the application of MDIs in Bolivia between June 2011 and June 2012. The process included an extensive and meticulous documentary review and the analysis of 90 interviews. Representatives of 22 civil society organizations, academia and the government joined the Consultative Group that contributed suggestions to the initial methodological design. The result was a comprehensive diagnosis on the Bolivian media as a platform for democratic discourse, with a legal framework in the country related to Communication and Journalism, and which allows for citizens (and journalists in particular) to exercise their right to  freedom of expression and opinion.

According to the publication’s authors, "it is expected that this summary, which reports on the state of the Media Development Indicators in Bolivia will be assumed by decision makers, media organizations, academics related to this very important field and by the public in general. The aim is to contribute to strengthening the country's media system in favor of promoting  democracy, with full respect for the right to information and communication, and based on the exercise of an informed intercultural public,  however, there are  goals that still need to be achieved".

The publication is available in Spanish here, both in paper and in electronic format.

Category 1: A regulatory system conducive to freedom of expression, pluralism and the diversity of social media

• Freedom of expression of both the public and the press sector is protected by the Constitution (CPE), the Code of criminal procedure, several laws and some decrees.

• In practice, there is controversy and questioning about the constitutional and legislative guarantees to freedom of expression in the country, considering that specific articles of laws enacted in the last two years violate the Right to Information and Communication guaranteed in Article 106 of the Constitution. CPE.

• Bolivia still does not have national laws on access to public information, although it does have other regulations (DS No. 28168 and DS 0214).

• The CPE provides for antitrust provisions and prohibits private monopolies and oligopolies or other forms of association of natural or legal persons, whether Bolivian or foreign, whose purpose is to control and have exclusivity in the production and marketing of goods and services ( Art. 107 and 314)

• With respect to state advertising, the most representative private media in the country (with the largest audience) receive the bulk of their advertising compared to other media.

Category 3: Media as a platform for democratic discourse

• In general, national TV networks do not reflect the linguistic diversity of the country, nor do they use specific forms of expression of specific and / or vulnerable groups. While radios have more spaces in native languages, journalism in native languages (Quechua and Aymara) occupies a marginal place in the media grid: in the press with a minimal presence and on radio and television outside prime time.

Category 4: Professional and institutional training in support of freedom of expression and pluralism and diversity

• In Bolivia journalism is exercised mostly by those who have received training in university courses in social communication in a generalist way that is, little specialized in journalism-related subjects and by those who practice it in an empirical way.

• There is relative access to ICTs of the journalists in the cities of the central axis and much less possibilities of connection in other cities. There are few training opportunities specifically for journalists in the use of ICTs, although there have been very encouraging experiences. 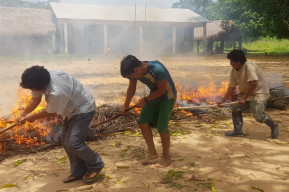 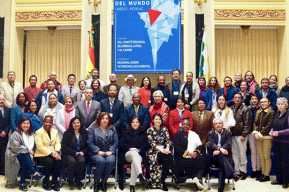 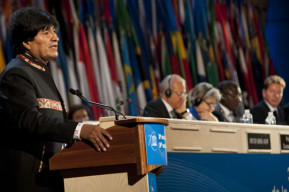