We believe Holocaust Education is at the cornerstone of any lasting effort to fight hatred, conspiracy theories and antisemitism.
January 19, 2022
2022 International Day of Commemoration in Memory of the Victims of the Holocaust

Every year around 27 January, UNESCO pays tribute to the memory of the victims of the Holocaust and reaffirms its unwavering commitment to counter antisemitism, racism, and other forms of intolerance

With the exceptional participation of

Listen to the message by Federal Chancellor of the Federal Republic of Germany, H.E. Mr Olaf Scholz, at UNESCO conference on Holocaust remembrance

Listen to the message by president of Israel, H.E. Mr Isaac Herzog, at UNESCO conference on Holocaust remembrance 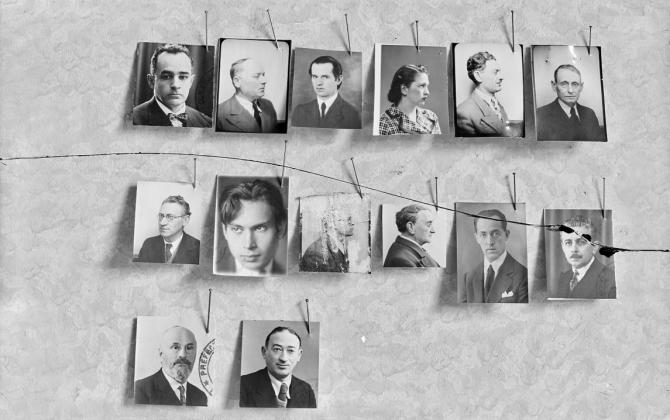 Round table: “Our martyr artist” 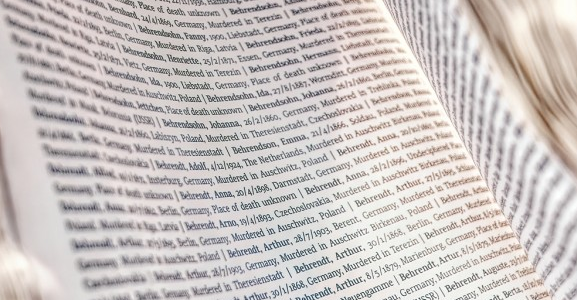 International Day of Commemoration in memory of the victims of Holocaust

As Holocaust denial and distortion find their way into the mainstream, and spread on social media, there is an urgent need that education systems adapt to these growing challenges, to confront Holocaust misinformation, contemporary antisemitism and to safeguard the historical record of the genocide of the Jews. Highlighting this need, the United Nations General Assembly adopted a new resolution on Holocaust Denial on 20 January, the 80th anniversary of the Wannsee Conference which laid the ground for the systematic murder of European Jews by the German Nazi regime. It urges all Member States to “reject without any reservation” any denial or distortion of the Holocaust as a historical event. The resolution acknowledges UNESCO’s work to address Holocaust distortion and denial and calls upon Member States to develop educational programmes to advance knowledge about the history of the Holocaust and to prevent future genocides.

A short history of UNESCO's commitment

United Nations General Assembly Resolution 60/7 (2005) and UNESCO General Conference Resolution 34C/61 (2007) on Holocaust Remembrance emphasize the historical significance of the Holocaust and outline the importance of teaching this event as a contribution to the prevention of genocide and atrocity crimes. UNESCO created, in 2015, an International Programme on Holocaust and Genocide Education, with the United States Holocaust Memorial Museum. UNESCO implemented the programme after a joint study with the Georg Eckert Institute on the International Status of Education about the Holocaust found that 1 in five countries do not reference to the Holocaust in their school curricula at all, and a further 33 % of national school curricula only mentioned the context in which the Holocaust occurred, such as the Second World War or National Socialism without referring explicitly to the Holocaust.

Through the International Programme, UNESCO provides training and guidance to advance Holocaust and genocide in all regions in ways that resonate with local audiences, in close cooperation with our Field Offices. We have just launched the third cycle of this program, covering the next three years, to work with 10 Member States.

To further strengthen regional approaches is this field, UNESCO, the UN and IICBA are developing a guide for African teachers on teaching about genocide, supported by a curriculum review and needs assessment in 6 African countries. The guide will be published in December 2022.

UNESCO also created a Latin American Network on Holocaust and Genocide Education. In 2021, we organized a series of 5 training workshops, gathering thousands of teacher-trainers and teachers from across the region, on issues pertaining to Holocaust education and dealing with violent pasts though formal and non-formal education, as well as addressing antisemitism and hate speech.

Our programmes to address antisemitism through education

To strengthen educational responses to the global rise of antisemitism, UNESCO organizes training workshops for policymakers and teacher trainers, working in close partnership with the OSCE Office for Democratic Institutions and Human Rights (ODIHR). In 2021, these training workshops continued despite the pandemic, including for Southeast Europe (26-17 April), North Macedonia (28 April) and the South Caucasus, Russia and Central Asia (3-4 November). Additional workshops will follow during this year, for India, Canada, the United States, the United Kingdom, and the Latin American region.

To support teachers, UNESCO launched a joint  webpage with the USC Shoah Foundation with online resources and video testimonies to prevent antisemitism. UNESCO is further developing an e-learning course for teachers on addressing antisemitism, in partnership with University College London.

Recent figures in the USA

40,000
Concentration camps and ghettos during the Holocaust

49% American Millennials and Gen-Z cannot name a single one

To address Holocaust denial and distortion as contemporary forms of antisemitism, UNESCO, the UN, the International Holocaust Remembrance Alliance and the European Commission launched the campaign #ProtectTheFacts (available in English, Spanish and French) in January 2021.

UNESCO is further working on a research report on Holocaust distortion on social media and a handbook for teachers, to be published in the coming year in partnership with the UN, the World Jewish Congress and the Oxford Internet Institute.

UNESCO, the World Jewish Congress and Facebook reached an agreement in January 2021 to redirect users searching for terms related to the Holocaust or Holocaust denial to the website AboutHolocaust.Org. The website provides factual answers to fundamental questions about the Holocaust. The initiative now extends to 12 languages for Facebook users around the world. 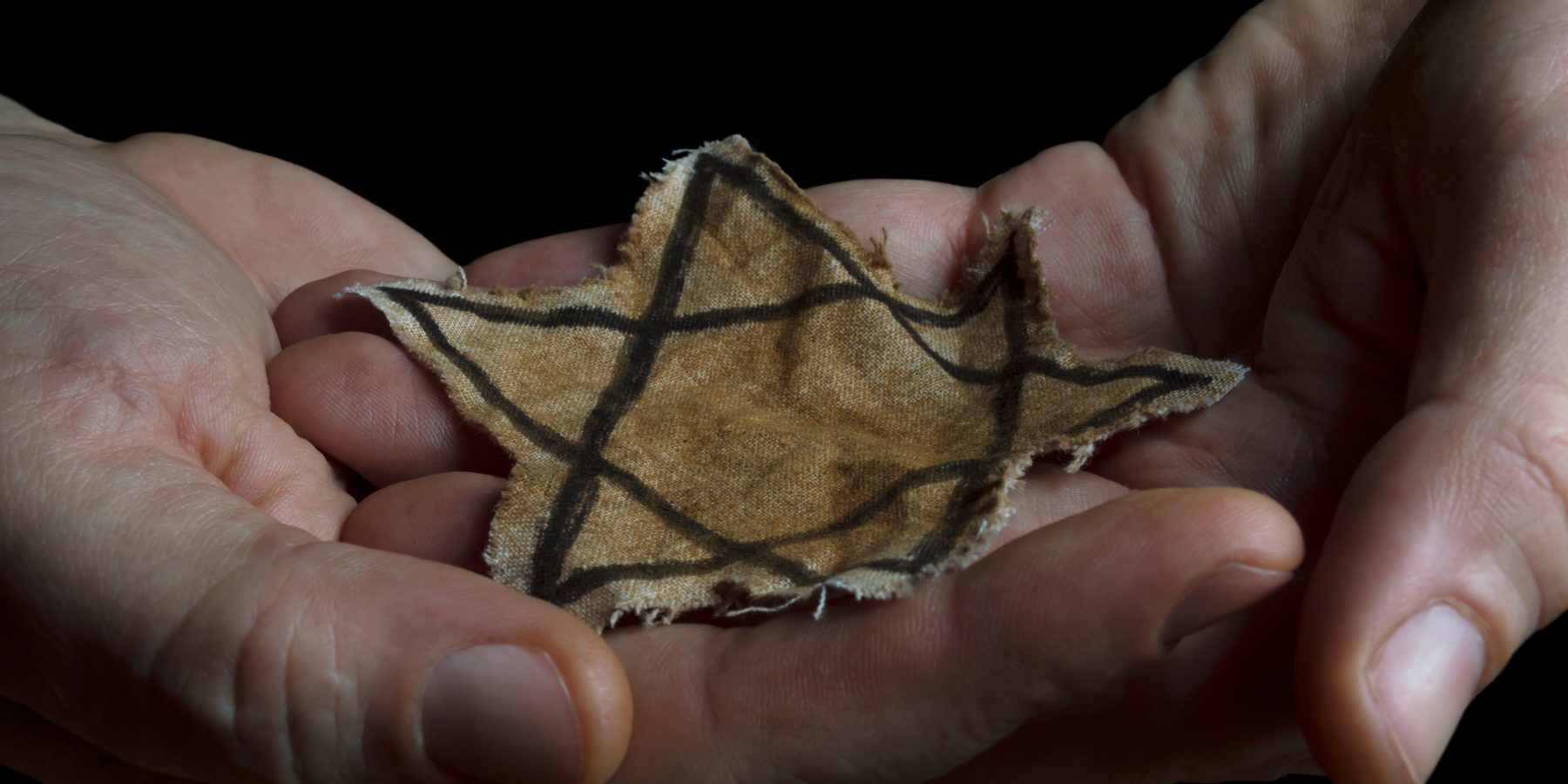 UNESCO and the World Jewish Congress (WJC) launched a new partnership with the online platform TikTok to tackle Holocaust distortion and denial. Users searching for terms relating to the Holocaust will be redirected to verified information.

UNESCO will mark the 2022 International Day of Commemoration in memory of the victims of the Holocaust with an online ceremony. Audrey Azoulay will be joined by UN Secretary-General António Guterres, and the director of Auschwitz-Birkenau Memorial and Museum, Dr Piotr Cywinski. The German Chancellor Olaf Scholz and the President of Israel Isaac Herzog will both deliver keynote addresses.

On the same day, UNESCO and the Musée d’art et d’histoire de Judaïsme will organize a virtual round table. International experts will discuss the work and legacy of the journalist Hersh Fenster and that of the 84 Jewish artists who died in the Holocaust and who he has portrayed in his book “Our martyr artists”.

The 2022 International Day will include an exhibition entitled ‘Generations: Portraits of Holocaust Survivors’, jointly organized by UNESCO with the Royal Photographic Society of Great Britain. It is organized in partnership with the Holocaust Memorial Day Trust, Jewish News, the Imperial War Museum, and the Association for Jewish Refugees, with generous support from the World Jewish Congress, the Permanent Delegations of the United Kingdom and Monaco to UNESCO. It will be launched with an online event on 25 January with remarks from Lord Pickles, United Kingdom Special Envoy for post-Holocaust Issues and Menachem Rosensaft, General Counsel and Associate Executive Vice President of the World Jewish Congress.

Exhibition with Portraits of Holocaust Survivors 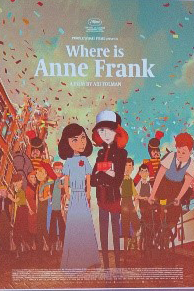 In 2021, in the field of Holocaust and genocide education, UNESCO organized several events

[NB: online due to the pandemic]

On 1 December 2021, UNESCO hosted the special premiere of the film “Where is Anne Frank” organized in partnership with the Anne Frank Fonds and Calmann-Lévy editions. This film is not only an account of Anne Frank’s life and suffering as a Jewish girl hiding from Nazi persecution, but an exploration of her questions about humanity and what it means to be a citizen of the world, in the past and the present. The film is accompanied by teaching materials, published in collaboration with UNESCO.

In addition, a special event marked the International Day of Reflection on the 1994 Genocide against the Tutsi in Rwanda (7 April), organized in partnership with Rwanda and the USC Shoah Foundation. In June, UNESCO organised a round table discussion the role of genocide archives for remembrance, justice and education during the 100 days of remembrance for the Genocide against the Tutsi in Rwanda, including experts from Cambodia, Germany, Iraq and Rwanda 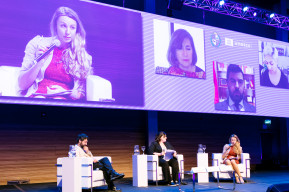 Article
WPFD 2022: Addressing digital challenges to freedom of expression through UNESCO’s Recommendation on Ethics of AI
May 18, 2022 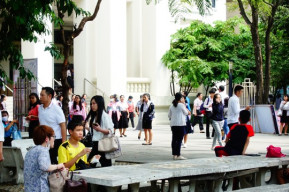 Article
How can higher education institutions be transformed into lifelong learning institutions? Strategic reflections and discussions
May 18, 2022

Article
Blog: Adult learning and education, work and a sustainable future
May 17, 2022 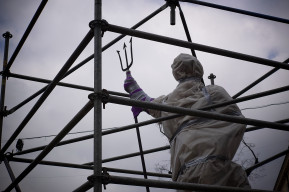