On the occasion of the International Day of Reflection on the 1994 Genocide against the Tutsi in Rwanda (April 7), UNESCO Chairholders specialised in genocide prevention and education have spoken about the importance of education in drawing lessons from the past and preventing the seeds of hatred from being sown for the future.

Each year UNESCO commemorates the Day established by the United Nations General Assembly in 2003 which marks the beginning of the genocide perpetrated against members of the Tutsi minority by the Hutu extremist-led government. In just over 100 days, more than a million Tutsi were systematically murdered. Moderate Hutu and others who opposed the massacres were also killed during this period.

Three members of the UNITWIN/UNESCO Chair programme, which promotes inter-university co-operation and knowledge sharing, have highlighted the need to continue teaching about all genocides including the 1994 genocide against the Tutsi in Rwanda to combat further atrocities.

Alex Hinton, Distinguished Professor of Anthropology at Rutgers University in the US and UNESCO Chair in Genocide Prevention said: 'The well-worn phrase 'lessons from the past' is key. To combat genocide, we need to understand it -- what happened, how it happened, what the consequences were, and, critically, why more wasn’t done to prevent it.'

He said it was important to understand the specificities of such atrocities while teaching comparatively. Building critical thinking was an important educational tool and vital prevention mechanism.

'Each genocide is unique. But each case also shares patterns and dynamics with other genocide and offers us lessons about the present. The genocide against the Tutsi is revealing about how socially constructed and historically formed identities can be politically mobilized to catastrophic ends. The use of media and propaganda during the 1994 genocide in Rwanda, for example, shares commonalities with what has taken place during other instances of genocide. It also offers us lessons about a key risk factor today -- the proliferation of hate speech and incitement in many parts of the world.'

Critical thinking and the 1994 genocide were at the centre of all learning at Rutgers Centre for the Study of Genocide and Human Rights, Professor Hinton.

'Our UNESCO Chair in Genocide Prevention has undertaken initiatives related to transitional justice, peace studies, atrocity crimes prevention, and bigotry and hate. The 1994 genocide against the Tutsi in Rwanda has figured prominently in our discussions -- as it does in my own classroom teaching on these topics.'

Stephen D. Smith, UNESCO Chair for Genocide Education and Executive Director of the University of Southern California (USC) Shoah Foundation emphasized the importance of validating and remembering the lives of victims of genocide.

'At the heart of the work of USC Shoah Foundation – The Institute for Visual History and Education is the understanding that victims of genocide are ordinary people with ordinary lives. In documenting the life histories of survivors and witnesses of the genocide against the Tutsi in Rwanda, we acknowledge the right of each person to tell, and the importance of providing the opportunity for people to listen. Indeed, testimony provides a sense of hope that can be carried forward into the viewer’s own life circumstances and challenges,' he said.

The USC Shoah Foundation’s Visual History Archive provides learners, educators and researchers with 55,000 powerful testimonies, representing nine genocidal events that can serve as a primary source for deeply understanding the context of genocide at the human level.

For more than a decade, USC Shoah Foundation, the Aegis Trust and the Kigali Genocide Memorial have worked together with other Rwandan partners on programmes to support the recording of testimony from survivors and witnesses of the genocide against the Tutsi for research and education.

The Institute’s IWitness in Rwanda programme with its partners of Aegis Trust and Kigali Genocide Memorial introduce secondary school teachers and students to testimony of survivors of the 1994 Genocide. More specifically, the programme was designed to develop students’ ICT skills using the IWitness platform, critical thinking capacities, and responsible citizenship through engagement with testimonies of survivors of the Holocaust and the 1994 genocide against the Tutsi.

This work has led to the integration of testimony into the Rwandan National Curriculum. Testimonies of survivors and other witnesses of the 1994 genocide are also accessible to students and teachers at the Kigali Genocide Memorial.

Bernard Mossé, Head of training and scientific content at the Foundation of Camp des Milles at the University of Aix-Marseille and coordinator of the UNESCO Chair in Education for Citizenship, Human Sciences and Shared Memories, said the immediacy of the genocide against the Tutsi was important.

'The genocide against the Tutsi in Rwanda is one of the closest to us in time and testifies, after the Shoah and the genocide perpetrated by the Khmer Rouge regime in Cambodia, to the recurrence of the genocidal process and the difficulty that men have in learning from their past.’

He reiterated the importance of comparison in teaching.

'The genocide against the Tutsi is singular by its density, by the number of murders in a very short time on a small territory and by the fact it was often perpetrated by neighbours on neighbours. But it has many points in common with other genocides: similar human mechanisms - passivity, especially on the part of the international community, submission to authority, the power of militias and propaganda, etc. This common process was the subject of a dozen years of research at Camp des Milles. It is disseminated to the general public in a unique way in a place of memory.

'Our aim is clearly to encourage young people and those in positions of authority, the multiplicators, to react and take action against racism, anti-Semitism and extremism. Our memorial site receives 120,000 visitors a year and trains more than 5,000 trainees,' he said.

UNESCO is committed to promote education about genocides as a means to sensitize learners for the causes, dynamics and consequences of such crimes and to strengthen their resilience against all forms of discrimination. Learn more about UNESCO’s related activities and the commemoration of the International Day. 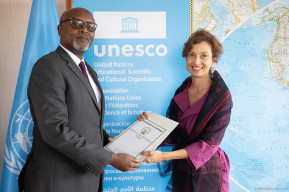 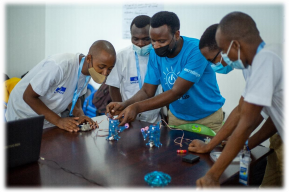 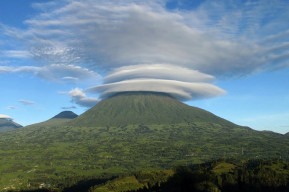 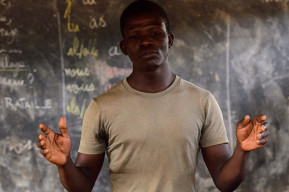 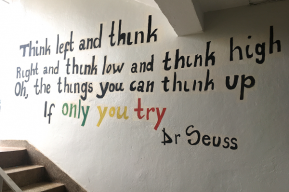 News
Rwanda reviews its policies and measures to promote the cultural and creative industries
August 6, 2020
top