The Director-General of UNESCO, Irina Bokova, designated Chinese painter, sculptor and designer Han Meilin, as UNESCO Artist for Peace in a ceremony at UNESCO Headquarters on 13 October 2015.

Mr Han Meilin is designated “in recognition of his long-term commitment to promoting art and artistic education in China, his support to providing quality education to young people, notably through projects led by the Han Meilin Art Foundation, and his dedication to the ideals and aims of the Organization.”

Born in Shandong Province in 1936, Han Meilin is a graduate of the Chinese Central Academy of Arts and Design. He has had solo exhibitions in more than 20 countries, including Canada, Malaysia and India.

Han Meilin designed the Five-Dragon Clock Tower for the Summer Olympic Games in Atlanta in 1996, and created the Air China phoenix logo in 1988. He is a calligrapher and works on many media, including ceramics and glass. His works are characterized by their adherence to traditional techniques of Chinese art. His most widely known creations are the Fuwa, good-luck mascots, first produced for the 2008 Beijing Olympics.

In his capacity as a UNESCO Artist for Peace, Han Meilin will support the Organization’s activities notably in the fields of culture and education. He has also announced plans to donate a 7-meter-tall bronze statue entitled Guardian of Peace, to UNESCO on the occasion of the Organization’s 70th anniversary.

The Han Meilin Art Foundation supports cultural education, as well as artists and cultural programmes in various parts of the world including Asia and Africa. Through his designation, Mr Han joins a roster of internationally renowned personalities who use their influence, and prestige to help promote UNESCO’s ideals and programmes. 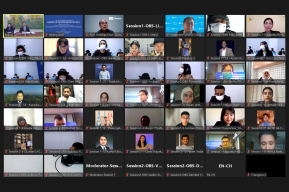 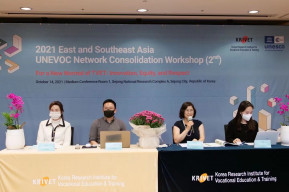 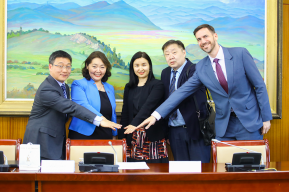 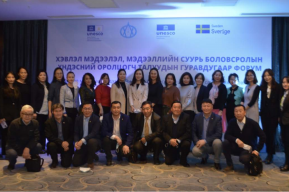