Meet Ahmad, a high school graduate and young man from the United Arab Emirates (UAE). He was enrolled in the Al Qasimi Foundation’s Hands on Learning (HOL) programme, which is profiled in the UNESCO report as a good practice to address boys’ disengagement from education. This is his story.

“Before beginning the HOL programme, I was really mischievous and got into trouble”, explains Ahmad. However, the programme changed my perspective toward education.” Ahmad is one of many boys who could have abandoned his education early on. He did not like to learn, repeated three grades and struggled with discipline. He is not alone.

The UAE is an example of a high-income country where boys are disengaged from education. Emirati boys, especially those from low socio-economic backgrounds, are at greater risk than girls of being marginalized and alienated from the education system. Boys are about one year behind girls of schooling in reading ability: girls aged 15 scored on average 50 points higher than boys in reading in the 2015 Programme for International Student Assessment (PISA).

Finding support in the HOL programme

Enrolled in the Hands on Learning programme for 3 years, Ahmad is very grateful for the structure it gave him: “Since we would go out every Wednesday and work on different projects as part of the programme, I would always look forward to that because it was different from our regular routine at school. This personally helped me become more focused and disciplined.”

Ahmad also participated in HOL’s Overseas English Language Programme and travelled to the United Kingdom for the first time. “I had never considered doing something like that before, but this experience broadened my horizons.” Ahmad adds, “The programme generally made me more confident in myself and in my capabilities.”

The HOL programme supports at-risk students in school. The model aims to re-engage students who are at risk of dropping out of school by creating a safe and educational environment for their active engagement. Through the programme, boys are provided a dedicated space to grow and develop critical life skills such as collaboration, leadership, problem-solving, resilience, communication and empathy.

Receiving support from his community was also key for Ahmad’s education. Boys’ awareness must be raised on the long-term benefits of higher education, including through school counselling. To address gender gaps in education at boys’ disadvantage, the UNESCO report also recommends measures to increase parents’ involvement and in particular, the involvement of fathers in their boys’ education.

Ahmad was encouraged and accompanied by his teachers, administrators, fellow students and his family. “Our family would tell us to focus on our studies and future…My brother and my dad, they both got really well-educated, so I wanted to be like them.”

Ahmad’s plans for the future

A country case study for the UAE produced for the UNESCO report notes that boys often pursue careers in the military and police, which do not require high levels of education but provide relatively high salaries. Ahmad is presently doing his mandatory military service but has already applied to the United Arab Emirates University for electrical or mechanical engineering and is planning a career in this field.

In the future, he wants to give back to his community. “No matter how hard I try, I can never give back enough and repay others for how much they helped us. However, I would like to open a company that can benefit society in the future, and just have a legacy of some sorts.”

The Hands on Learning (HOL) programme was founded in Australia in 1999. The Al Qasimi Foundation adopted the programme in 2014 to support at-risk students in schools in the United Arab Emirates. The programme specifically targets Emirati boys, who are more likely to underperform academically and drop out of school than girls, in the attempt to redress gender gaps and contribute to the achievement of gender parity in schools across the UAE.

To leave no child behind, UNESCO published the first global report on boys’ disengagement from education. The report shows that more boys are out of school than girls today, and much needs to be done to advance the education for all. Supporting boys’ education does not mean that girls will lose out. 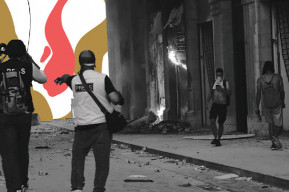 Story
UN Plan of Action on the Safety of Journalists and the Issue of Impunity
May 25, 2022 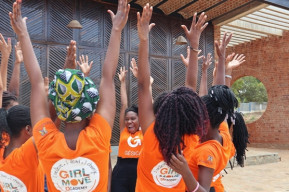 Story
A supportive sisterhood creates education and leadership opportunities for girls in Mozambique
May 25, 2022 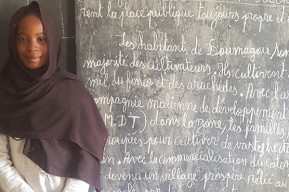 Story
How Fatouma is continuing her education following COVID-19 school closures in Mali
May 25, 2022 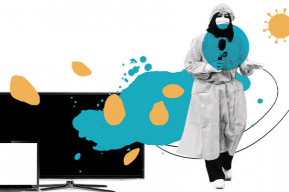 Story
Seldom has the truth mattered more, to more people
May 24, 2022
top