Seminar for managers of the main Cuban marine sites strengthens capacities
Managers and administrators of Cuban marine sites strengthened technical capacities during three intense days. The main authorities, technical workers and specialists of Jardines de la Reina, Ciénaga de Zapata and Guanahacabibes national parks, gathered in the Cuban capital, together with experts from the Regional Center for the Management and Handling of Underwater Natural and Cultural Heritage (CUBASUB), on line from Santiago de Cuba. They all benefited from the technical training dedicated especially to the development of the Declaration of Outstanding Universal Value and on the procedures for preparing nominations for UNESCO World Heritage sites.

In the opinion of the participants themselves, the recently concluded workshop has had a very positive impact, by providing them with theoretical tools and enabling practical team exercises to make the management and conservation of these protected areas more efficient, as well as to effectively prepare the files to opt for the world heritage status.

Held from December 1 to 3, 2021, the workshop is part of the project Jardines de la Reina National Park: Technical support to strengthen the management and possible future preparation of a World Heritage nomination file, which has received the generous financial support from the Government of Flanders through the UNESCO Trust Fund system.

The project is coordinated and implemented by UNESCO Regional Office for Culture in Latin America and the Caribbean, in close collaboration with national institutions of the Government of Cuba, such as the National Council of Cultural Heritage (CNPC), the Cuban Ministry of Science, Technology and Environment (CITMA), the National Center for Protected Areas (CNAP), the National Company for the Protection of Flora and Fauna, CUBASUB and the Cuban National Commission of UNESCO (CNCU).

Cuba is the Caribbean nation with the largest presence on UNESCO World Heritage List, with 9 inscribed sites, most of them cultural. Despite the exceptional presence in the Cuban archipelago of marine sites and coastal areas of great relevance to the region, their inclusion in UNESCO list is very limited.

The Reef System in the Cuban Caribbean, made up of a group of ecologically associated coastal and marine areas, was inscribed on UNESCO World Heritage Indicative List in February 2003. One of these areas is Jardines de la Reina National Park, considered the largest and most pristine natural marine ecosystem in the region.

Although there is little experience on the management and candidacy process for UNESCO list for sites of these characteristics, “Cuba has already made important progress, since Jardines de la Reina is part of the National System of Protected Areas and the World Heritage Indicative List...”, as expressed by His Excellency Mr. Jean Jacques Bastien, Ambassador of the Kingdom of Belgium in Cuba, present at the opening of the event, who added:

I hope that the project with Flanders can effectively contribute to the greater visibility of Jardines from the responsible and sustainable approach of the World Heritage category.

Flanders hopes that this Workshop, the training materials, the technological equipment, will make a significant difference… Flanders hopes that in the near future Jardines de la Reina National Park will also receive World Heritage status and that our support may be a contribution to it.

The opening remarks were given by Ms. Saadia Sánchez-Vega, Director and Representative of UNESCO in the Multicountry Office for the Caribbean and Officer in Charge of UNESCO Regional Office for Culture in Latin America and the Caribbean, who anticipated another of the achievements of the workshop, later corroborated by the beneficiaries of the training:

The managers of Jardines de la Reina park and other protected areas in a marine context, and those responsible at the ministerial level, will enormously benefit from the experiences of other marine protected areas, as well as from the best practices of already existing marine World Heritage sites, in order to optimize sustainable use and raise awareness and the sense of belonging of local communities.

The Vice Minister of CITMA, Adianez Taboada, and the Director of CNAP, Omar Cantillo, greeted and expressed their appreciation for the development of this the workshop, which was also attended by Ambassador Dulce María Buergo, current President of the CNCU, who served as Permanent Delegate of the Government of Cuba before UNESCO when this project was conceived and was one of the main promoters of this initiative.

Technical support to the project was provided by the Marine Program, as well as by the units for Latin America and the Caribbean and for General Policy and Statutory Meetings of UNESCO World Heritage Center (WHC), and the International Union for Conservation of Nature (IUCN).

Active participation was also motivated by the presentation of UNESCO Conventions of 1972 on the Protection of World Heritage, of 2001 on the Protection of Underwater Cultural Heritage, and of 2003 for the Safeguarding of Intangible Cultural Heritage, by the President of the National Commission of Monuments and Vice-President of the CNPC, Nilson Acosta; and by the Specialist of Science and Culture Programs of UNESCO Regional Office for Culture, Tatiana Villegas, and by the National Officer of the Culture Program of said Office, Olga Rufins, respectively.

Other practical sessions followed presentations by the Transcultura Programme: Integrating Cuba, the Caribbean and the European Union through Culture and Creativity Coordinator, of UNESCO Regional Office, Alessandra Borchi, on the Process of preparing inscription proposals, and the Regional Vice President for South America of IUCN World Commission on Protected Areas, Ms. Paula Bueno, on the Role of Advisory Bodies and their processes for new and registered sites.

"We have an enormous responsibility with these sites for the future of our children and grandchildren,” reflected Tatiana Villegas at the closing session, and with that encouragement ended the Workshop those responsible for preserving that future.

SDG 13 - Take urgent action to combat climate change and its impacts
SDG 14 - Conserve and sustainably use the oceans, seas and marine resources for sustainable development 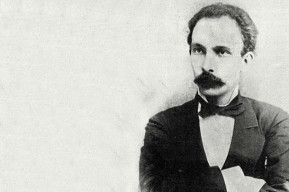 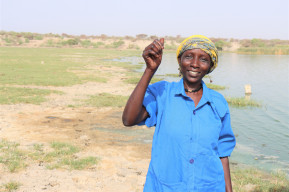 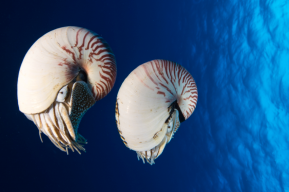 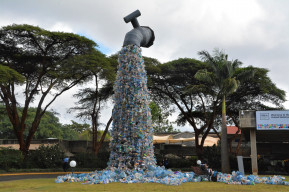 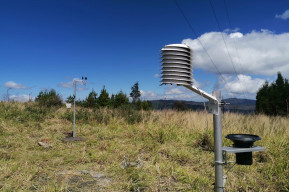