(Ha Noi 18 February 2020), Thirteen different organizations representing government, the private sector, culture and arts agencies and the United Nations gathered to discuss how best  to support the Ha Noi Creative City Initiative in 2020 and share a vision for a future of Creative Cities in Viet Nam.
On 30 October 2019, Ha Noi became the first city of Viet Nam to receive an official designation by UNESCO as a Creative City, a designation that coincided with the 20th anniversary of the City’s designation as a UNESCO City for Peace. As the cultural and political capital of Viet Nam, Ha Noi has played a central role in the country’s political history while nurturing creative talent. Following two decades of profound expansion, Ha Noi now seeks to situate itself at the forefront of the rapid socio-economic transformation of Viet Nam through its cultural legacy to define a new model of economic activity based on creativity and strong youth empowerment.
Following Ha Noi’s successful application to the UNESCO Creative Cities Network, UNESCO has been working with the city leadership and the central government to realize a vision of Ha Noi as a Creative Capital. This vision will act as a catalyst to streamline various existing local initiatives, creating new development opportunities as well as helping to drive inclusive and sustainable growth in a time of economic uncertainty. New institutional partnerships around a common approach will be integral to the success of this initiative, as will the active engagement of youth whose energy and creativity will help drive forward this ambitious initiative. Indeed, the vision puts Vietnamese young people at the centre, for they represent the core of the country’s human capital and are key agents for innovation and social change.
This new vision has attracted numerous friends and partners of both Ha Noi and UNESCO – many of whom have contributed to consultations before Ha Noi’s designation. For example, a pilot Festival on Media and Design, jointly organized by UNESCO, RMIT and VICAS (Vietnam Institute for Culture and Arts) in partnership with Ha Noi City attracted thousands of people to over 90 events and activities in November 2019.
To build on the momentum created by the pilot, partners are already discussing the Vietnam Festival for Design and Creativity in November 2020, with plans to widen activities to other Vietnamese cities inducing Hue and Ho Chi Minh City.
Speaking at the meeting on 18 February 2020, Mr. Michael Croft, UNESCO Representative to Viet Nam noted Ha Noi’s festival could demonstrate good practices for other Vietnamese cities who aspire to join the UNESCO Creative Cities Network. Prof. Julia Gaimster, Dean at Royal Melbourne Institute for Technology (RMIT), added that the festival can be a great medium to build the creative identity of Viet Nam, shifting production from ‘made in Viet Nam’ to ‘designed in Viet Nam.’ Mr. Cung Duc Han, Vice Director of the Department for External Culture Affairs and UNESCO, reaffirmed the support of the National Commission of Viet Nam to UNESCO.
The meeting brought together representatives from Ha Noi City’s Committee for Education and Propaganda, Ha Noi City’s Task Force for Creative City, the National Commission of UNESCO at the Ministry of Foreign Affairs, the Ministry of Culture, Sports and Tourism, the Vietnam National Institute of Culture and Arts Studies, the Embassy of Italy, RMIT, UN-Habitat, UNIDO, the British Council, ASHUI and Hanoi Grape Vine.
For more information, please contact Ms. Jiheun Haylie Kim, hanoi@unesco.org

“Hidden cities” exhibition engages with the city through the people that have created unique urban environments. © RMIT
© UNESCO
9 April 2020 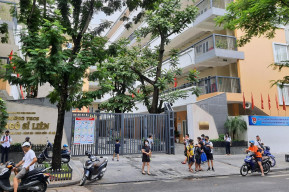 Press release
Vietnam to step up investment in education with UNESCO support
September 5, 2022 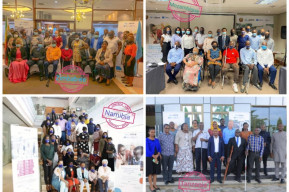 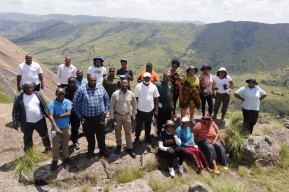 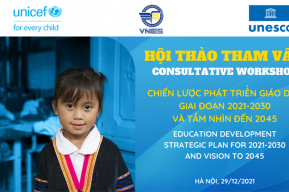 News
Consultation workshop on the draft Education Development Strategic Plan (EDSP) for 2021-2030 and vision to 2045 in Viet Nam by UNICEF and UNESCO
February 18, 2022
top