Launch of UN World Water Development Report 2021: determining the true value of the “blue gold” we need to protect

© UNESCO
2021/25
22 March 2021
Water is our most precious resource, a ‘blue gold’ to which more than 2 billion people do not have direct access. It is not only essential for survival, but also plays a sanitary, social and cultural role at the heart of human societies
Audrey Azoulay, UNESCO Director-General

This year’s WWDR addresses the question of the value of water. It shows that waste and careless use stems from the fact we all too often think of water exclusively in terms of its cost price, without realizing its tremendous value, which is impossible to price.

The devastating effects of the COVID-19 pandemic remind us of the importance of having access to water, sanitation and hygiene facilities, and highlight that far too many people are still without them. Many of our problems arise because we do not value water highly enough; all too often water is not valued at all.
Gilbert Houngbo, Chair of UN-Water, President of the International Fund for Agricultural Development

The value of water is certainly incalculable and limitless, since life cannot exist without it and it has no replacement. This is perhaps best illustrated by the widespread enthusiasm for the idea that traces of water can be found on Mars, or the fact that we think of water and life as interchangeable when studying other planets.

The report emphasizes the great need to broaden the notion of the “value” of water stressing that we cannot confuse the concepts of “price”, “cost” and “value”.

Although price and cost are potentially quantifiable, the concept of “value” is much wider and includes social and cultural dimensions.

Indeed, water is not like other raw materials which can be treated as commodities and openly traded through stock markets. The challenge is to determine a value for a resource whose importance varies in different areas of economic activity, at different times, without forgetting to take into account its social, environmental and cultural dimensions.

Tools and methodologies for valuing water are both imperfect and misapplied

The tools we have today tend to reduce the value of water to its economic aspect.

The economic value of water cannot be denied considering its myriad uses in food, electricity and industrial production, to name just a few.

While monetary valuation has the advantage of convenience and easy legibility in agriculture and industry, it presents the disadvantage of underestimating, even excluding, other aspects which are more difficult to monetize. How do we quantify the meaning of the 443 million schooldays missed annually due to water-related diseases?

Furthermore, some societies reject the idea of viewing nature and its benefits from an economic perspective, putting the rights of “Mother Earth” to the fore, thus rendering such economic readings of the value of water woefully inadequate.

In India, for example, the Ganges is revered by Hindus as a living entity with the same rights as human beings. Similarly, in New Zealand, the Te Awa Tupua Act of 2017 recognizes the Whanganui River as “an indivisible and living whole from the mountains to the sea” and guarantees the river's protection by the local Maori population.

The fate of humans and water is inextricably linked. In the words of the Whanganui River Tribe's proverb, Ko au te awa, ko te awa ko au, I am the river, the river is me.
Audrey Azoulay, UNESCO Director-General

Faced with these views and those of investors, who consider that resources such as water can have an economic value put on them, it becomes difficult to develop a standard system to measure the value of water in all its aspects. Nevertheless, it is possible to develop an integrated approach that allows the different dimensions of water to be considered together, so as to identify appropriate policy choices. A key element of such an approach is to ensure that all stakeholders, regardless of background or gender, are involved in evaluations and decision-making. If we want to enrich our approach to water and stop reducing the resource to its mere monetary value, we must be enriched by the views held by all, especially the people directly concerned. Overcoming differences of opinion and reaching the necessary compromises is one of the great challenges of water management.

The time has come for stakeholders to identify, articulate and share perspectives of the values of water.
Gilbert F. Houngbo, Chair of UN-Water and President of IFAD

This implies developing mechanisms that allow stakeholders not only to express themselves but also to be heard.

When major infrastructure projects are studied, for example, it is essential to consider all these different dimensions, to ensure that their social, cultural and environmental consequences are not underestimated. A cost-benefit approach therefore requires considering the different “values” of water.

Similarly, we know that providing universal access to safe drinking water and sanitation in 140 low- and middle-income countries would cost $114 billion per year, whereas the multiple social and economic benefits of safe water are difficult to evaluate.

These issues are at the heart of this year's edition of the United Nations World Water Development Report (WWDR), UN-Water’s flagship publication on water and sanitation issues, which focuses on a different theme every year.

The report is published by UNESCO on behalf of UN-Water and its production is coordinate by the UNESCO World Water Assessment Programme.

The report gives insight into the main trends concerning the state, use and management of freshwater and sanitation, based on work by members and partners of UN-Water.

Launched in conjunction with World Water Day, the report provides decision-makers with knowledge and tools to formulate and implement sustainable water policies. It also offers best practice examples and in-depth analyses to stimulate ideas and actions for better stewardship in the water sector and beyond. 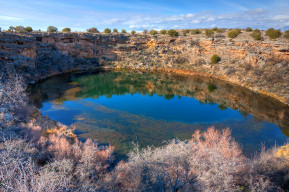 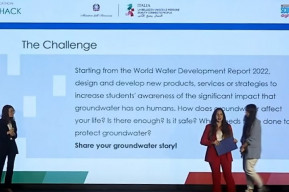 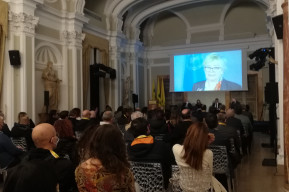 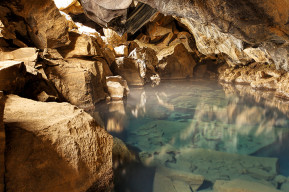 Press release
New report: Is the solution to water crises hiding right under our feet?
21 March 2022

Press release
New report: Is the solution to water crises hiding right under our feet?
21 March 2022 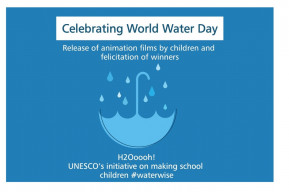