Li Beirut One Year On: Hopes of a city rising again

4 August 2020 to 4 August 2021 — One  year ago to the day, a massive double explosion hit the port of Beirut. The human toll was heavy: more than 200 dead, more than 6,000 injured, 300,000 families left homeless. The capital’s neighbourhoods were devastated and disfigured for miles around. Burnt-out cars, glass-strewn streets, houses and shops reduced to rubble, the apocalyptic scene will forever remain in the annals of the city and etched in the hearts and minds of the people of Lebanon, scarred by the tragedy.

Nevertheless, resilience and the instinct of survival soon took over. The young armed with nothing but brooms to clean their city soon rushed to the rescue of their capital. The international community expressed its solidarity with the Lebanese people. Visiting Beirut on 27 August 2020, UNESCO Director-General Audrey Azoulay, launched the Li Beirut (For Beirut) initiative from across the port. The initiative aims to mobilize the international community to support the reconstruction of the city’s educational and cultural sectors. “Beirut, a world city, a city of memory, a creative city, was in a few seconds, bruised in its flesh, in its deepest identity,” Ms Azoulay said in her appeal, which marked the beginning of a long year on the road to reconstruction.

85,000 students have had their access to education disrupted in Lebanon, with more than 220 schools damaged or destroyed by the double blast, along with 20 vocational training centres and 32 universities. In the immediate aftermath of the explosions, at the request of the Lebanese Ministry of Education and Higher Education, UNESCO was made responsible for leading and coordinating efforts to rehabilitate the schools in Lebanon. In this undertaking, UNESCO supports the educational system to ensure the continuity of learning, especially now as the official school year is about to start. The rehabilitation of schools is one of the fundamental conditions to enable access to primary and secondary education. It is also part of the path to turn humanitarian aid into more sustainable development.

A total of 20 schools out of 132 private schools damaged by the double explosion are being rehabilitated by UNESCO with the support of the global Education Cannot Wait fund. Work has already been completed in 16 schools and is still ongoing in four. UNESCO is also taking stock of these private schools’ other needs, such as the replacement of destroyed school materials. “The double blast affected the school on several levels,” says Souha Choueiri, headmistress of Zahrat al-Ihsan School in Beirut.

On a physical level, everything was destroyed. There were no doors, no windows, no desks, no computers. Unfortunately, we lost a father and a student among the 200 victims. In addition, many pupils live in the vicinity and their school materials and equipment are no longer usable. We could not resume classes immediately. Despite the tragedy, UNESCO officials were there with me in my destroyed office from the first day. Without UNESCO, we would not have been able to rebuild Zahrat al-Ihsan.
Souha Choueiri, headmistress of Zahrat al-Ihsan School in Beirut

Thanks to a generous donation from the global fund Education Above All, and with the support of the Qatar Fund for Development and Education Cannot Wait, UNESCO is also rehabilitating 75 public schools, five of which were heavily damaged, at a time of severe economic and financial crisis and when the public education sector is particularly important. Within the framework of this partnership, the buildings of 20 vocational training centres are also being rehabilitated. Within the framework of the same partnership, on 10 June 2021, at UNESCO’s Beirut Office, the Organization launched the project to rehabilitate 32 buildings of three prestigious universities, the Lebanese University, the American University of Beirut, and the University of Saint Joseph in Beirut.

The excellent work you are doing to save Lebanon's heritage is not only a tribute to its history, but it also creates much needed hope in this country, reminding us that resilience and continuity are possible after all. Immediately after the tragic explosion in the port of Beirut, UNESCO moved quickly to conduct rapid assessments and to initiate the rescue process in different parts of Beirut. The fruits of this work are increasingly visible today.
Dr Fadlo Khuri, President of the American University of Beirut

UNESCO is carrying out restoration work in seven school libraries in the capital, training librarians and teachers and collecting books, in partnership with the Lebanese Board on Books for Young people (LBBY). 1,800 children aged 3 to 11 will soon benefit from these new libraries.

The millennia-old city of Beirut is a cultural beacon of the Mediterranean. Its historic districts bear witness to rich past civilizations which have left their mark on the streets of modern Beirut. The two port explosions damaged some 640 heritage buildings, 60 of which were critically deteriorated.

UNESCO then took on the bold wager of undertaking the documenting of the destruction of Beirut’s cultural and architectural heritage down to the most minute details. Financed by UNESCO’s Emergency Heritage Fund, the documentation project, launched in September 2020, is carried out by the French start-up ICONEM, in close collaboration with the Lebanese Directorate General of Antiquities (DGA). With more than 100,000 images, it will result in the creation of a geo-referenced three-dimensional model of the Lebanese capital, which is crucial to the city’s reconstruction. The documentation project also provides an opportunity to train young archaeologists from the DGA in this complex exercise. “I try not to think about the massive destruction, about everything we are going through, otherwise I would collapse,” says Sarkis Khoury, Director of the DGA. “On the day of the explosion, it was as if a real nuclear bomb had gone off in the heart of the city. All the buildings that we have been trying to preserve for 20 years were gone! Looking back, what we have been able to achieve so far is extraordinary, but every penny, every bit of help can count for the future.” An appeal echoed by Joe Kallas, a young architect and restorer, who reminds us that the restoration will be slow and will depend on financing: “This area was, in a way, the last bastion in Beirut that was untouched and rich in heritage. If we don’t want to end up with a ghost town, every Lebanese must help rebuild the houses of Beirut, in his or her own way. For his or her city, its historical fabric, its heritage. This is all that is left.”

In the districts of Rmeil, Medawar and Saifi, UNESCO identified priority historic buildings that are at risk of collapse, a risk compounded by that of gentrification. The UNESCO Emergency Heritage Fund then financed the stabilization of two buildings, including the renowned Villa Boustani, House of Arts. With the financial support of Germany, UNESCO succeeded in stabilizing and supporting 12 heritage buildings. On 29 June 2021, the German Ambassador to Beirut, Andreas Kindl, toured the city with UNESCO to assess progress, reiterate Germany’s support for the Li Beirut initiative, and listen to the inhabitants. “My house meant everything to me, I would have preferred to die,” says Hala Boustani, an octogenarian survivor of the double explosion, who lived in one of the 12 buildings.

Today, I have a small hope of returning home, and I only want the bare necessities. A few pieces of furniture will be enough…
Hala Boustani, an octogenarian survivor of the double explosion

May 16, 2021 marks another milestone in the city's reconstruction. On that day, the Italian government and UNESCO signed a €1 million funding agreement to support the rehabilitation and reopening of the Sursock Museum. Located in Ashrafieh, the Sursock Museum is one of Beirut’s few monuments that present 18th and 19th century Lebanese manorial architecture in the Venetian and Ottoman styles. The Italian funds will be invested over one year to restore the museum and contribute to its future reopening. This will allow the museum’s heritage and collections to be preserved and made available to the public so that they can play a fundamental educational role within the urban fabric and dynamic historical districts of the capital. “The Sursock Museum is a cultural institution that serves as a public space where people talk and meet, in a city that is sorely lacking in public spaces,” says Zeina Arida, the museum's director.

Italian cooperation and UNESCO’s support for the reconstruction of the museum are invaluable. It will allow Beirut and its citizens to reclaim a space that has become a second home for so many in the cultural sector and in the wider local community, a space that aims to promote openness and support the creation of knowledge.
Zeina Arida, Sursock Museum's director

The city’s heritage goes far beyond its rich history and its many sites, monuments and cultural venues. A major centre for literary production and dissemination, with its Francophone Book Fair, Beirut has been designated by UNESCO as a Creative City of Literature in 2019. Members of UNESCO’s Creative Cities Network work together and support each other, especially in difficult times. Since the launch of the Li Beirut initiative, different Creative Cities around the world, including Buenos Aires (Argentina), Angoulême (France) and Montreal (Canada), Sharjah (United Arab Emirates), Llíria (Spain), Enghien-les-Bains (France) and Zahle (Lebanon) have set up solidarity and support initiatives for Beirut.

Sahar Baassiri, Ambassador and Permanent Delegate of Lebanon to UNESCO, thanked the Organization for its leading role in the reconstruction of Beirut and the Creative Cities Network for its support through international solidarity and cooperation. “Together, with all of you, we will revive the cultural dynamism and creativity of our capital Beirut,” she declared.

In a country already reeling from the social and economic crisis and the devastating effects of the pandemic, the double explosion at the port risked bringing down the cultural and artistic sector entirely. In cinemas, galleries, theatres, museums, learning establishments, recording studios and cultural spaces, the immense damage brought cultural life in Beirut to a standstill. A talented generation of young Lebanese artists was left with only one hope, that of leaving. In early 202, UNESCO conceived of a unique project to revive the city’s cultural life, the TERDAD (RESONANCE) Festival. It proposes three days of public cultural activities in four ravaged iconic spaces in the heart of Beirut, including the Sursock Museum, from 2 through 4 July 2021. The event offered a unique programme co-produced with five local cultural associations in different artistic disciplines, thanks to the support of UNESCO’s Emergency Heritage Fund, Iceland, and Kuwait. TERDAD marked the resumption of creative activity in the city, so necessary to regain a sense of normality and meaning in life. “We had never stopped our activities in 15 years, until 4 August 2020, when our premises, our projects and our dreams exploded,” says Omar Abi Azar, founder of the Zoukak theatre collective. “The cultural diversity that can only be found in Lebanon has been hit. UNESCO’s initiative was a framework for us to work together as cultural institutions. TERDAD is an attempt to see what is left of us, a post-disaster assessment.”

While awareness-raising and advocacy events were taking place, including UNESCO’s ResiliArt Lebanon online debates, a major concert of support and solidarity with Lebanon, Unis pour le Liban, was staged in partnership with France Télévisions on 1 October 2020. It presented Li Beirut to an audience of 11.1 million and raised €75.5 million. Also, 17 Lebanese works of art in Beirut’s Art Museum that were damaged by the explosions are currently being restored.

In May 2021, as part of UNESCO's mandate to build the capacity of media professionals, to combat misinformation, ensure access to information and secure freedom of expression, UNESCO launched a radio programme in Beirut. Broadcast on Voice of Lebanon 100.5 radio within the framework of Li Beirut, Sawt Jdid (New Voice), is produced and presented by six young Lebanese people who share one desire: to talk about Beirut again and again, tell its stories, heal its wounds and accompany its inhabitants in the long process of recovery, which is still far from complete. 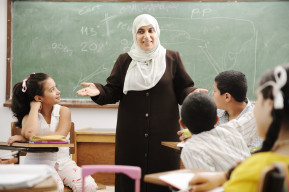 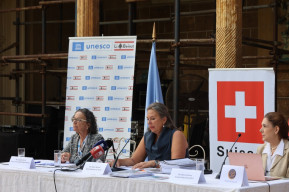 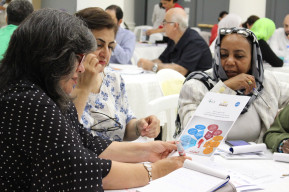 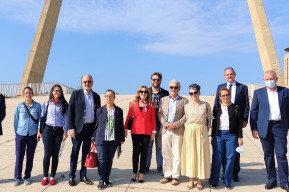 News
In Tripoli, UNESCO and the Ambassador of Brazil conduct a site visit of the Rachid Karami International Fair
30 November 2021 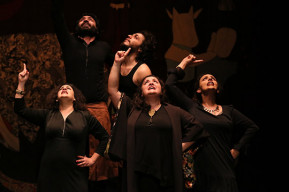