Meet Moi: A male mentor advocating for the education of girls with disabilities in Kenya

16 August 2021
“Growing up with a disability can be challenging enough. But in many cultures, being a girl with a disability is seen as a taboo. My gender puts me at a disadvantage… particularly in school.”
Maria Njeri, Youth Advocate, Kenya

Moi is a male mentor from Kenya and a good example of how working with men, especially fathers, can help reduce educational barriers for girls with disabilities, as it has been the case for his community in Kuria East Sub-County.

Transforming community attitudes and the stigma around girls with disabilities can go a long way, in particular when it comes to education. In Moi’s community, gender inequality is prevalent and there are many instances of female genital mutilation (FGM). Education is also not seen as a priority, and many girls with disabilities were married off at a young age.

Moi has been working to transform the role of the father when it comes to education and has been able to challenge discrimination around girls with disabilities among fellow tribesmen. “It is the responsibility of those with our knowledge to help our communities”, said Moi reflecting on the impact of his mentoring on friends and neighbours. “We must practise what we preach.”

What changed for Jane and Samuel?

Jane and Samuel are a young couple from Moi's community. They have been mentored by Moi on the benefits of gender equality, girls' education and the sharing of responsibilities at home. "I am now a modern wife with a modern family", said Jane, finding her marriage positively changed forever.

Since the mentoring sessions with Moi, Samuel is taking on household chores and seeks Jane's input on all household decisions. Jane now has far more of a say in family affairs. Samuel is also careful not to limit himself to 'male duties'. He takes a much larger role in raising the children and accompanies Jane in empowering their daughter, aged 14, to be confident and independent. They now recognize the dangers of FGM and want her to follow her own path.

With support from Leonard Cheshire, Moi continues to push for equality in his community and as a result, households are starting to abandon exclusionary attitudes and harmful practices toward girls with disabilities, and girls in general. He now campaigns for the education of all girls, with or without a disability.

Moi’s impact has shown the power of engaging men for the benefit of gender equality in education. The result is a brighter future for women and girls and a healthier more engaged role for men.

The project is part of Leonard Cheshire’s inclusive education model funded by the Girls’ Education Challenge. It was established based on the observation that almost all of those caring for children with disabilities were women, and most of the people attending meetings and trainings were also women. This was due to a common belief that disability always came from a mother's genes and so, caring for children with disabilities often became the mother’s responsibility.

UNESCO’s COVID-19 Global Education Coalition, of which Leonard Cheshire and UNGEI are members, was launched at the onset of the COVID-19 pandemic as a platform for collaboration and exchange to protect the right to education during this unprecedented crisis. The Gender Flagship of the Global Education Coalition works to address the gender dimensions of COVID-19’s impact on education and safeguard progress made on gender equality in education. 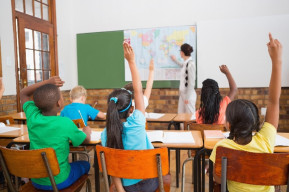 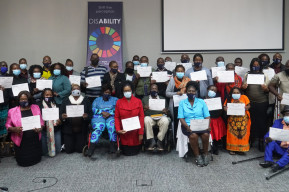 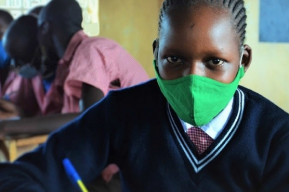 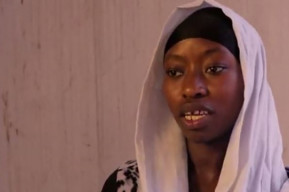