Millions of girls and boys suffer school-related violence every year, according to a new report by UNESCO and the Institute of School Violence Prevention at Ewha Womans University (Seoul, Republic of Korea). Thirty-four per cent of students aged 11–13 reported being bullied in the previous month, with eight per cent reporting daily bullying, according to data from 19 low and middle-income countries analysed in the School Violence and Bullying: Global Status Report [1].

The report will be presented on 17 January at an international meeting in Seoul, the International Symposium on School Violence and Bullying: From Evidence to Action, aiming to support global efforts to ensure that all children and adolescents benefit from the fundamental right to education in a safe learning environment. The event is co‐organized by UNESCO and the Institute of School Violence Prevention at Ewha Womans University.

“School violence and bullying is a grave violation of the right to education,” says the Director-General of UNESCO, Irina Bokova, adding that “the symposium and report are part of UNESCO’s effort to ensure that schools and other learning environments are safe and secure for all.”

School violence and bullying, which includes physical, psychological and sexual harassment, is found to have a negative impact on students’ learning, as well as their mental and emotional health. A range of studies, cited in a recent UNESCO evidence review [2],  shows that children and young people who have experienced homophobic bullying are at increased risk of stress, anxiety, depression, low self-esteem, isolation, self-harm and suicidal thoughts.

The Symposium in Seoul will offer the international community an opportunity to address the 2016 UN Secretary General report on protecting children from bullying. It will bring together more than 250 participants from 70 countries.

Participants at the Symposium are expected to make recommendations on how to fight school violence and bullying. They are also expected to examine ways to establish a new platform to strengthen the monitoring of progress in this area, in line Sustainable Development Goal (SDG) 4 on education and other SDG goals.

“The first step in preventing school violence and bullying is to understand the extent and nature of the problem, in particular the growing rates of cyberbullying related to the rapid growth in access to the internet and other technologies,” said Professor (Ms) You Kyung Han, Director of the Institute of School Violence Prevention at Ewha Womans University. “The pervasive threat of school violence and bullying is a challenge in all countries, and global efforts are required to address the issue.”

Joon Sik Lee, the Republic of Korea’s Deputy Prime Minister and Minister of Education voiced the “hope that through this forum we will share and discuss in-depth, best practices in preventing and reducing school violence, to create safe schools for all students.”

Existing cross-national and selected national surveys on school-related violence (SRV) are also the subject of a new policy paper to be published by UNESCO's Global Education Monitoring (GEM) Report on 17 January. The paper presents proposals on how to improve our understanding of the global prevalence of SRV.

The International Symposium on School Violence and Bullying: From Evidence to Action is organized with additional financial support from the Ministry of Education of the Republic of Korea through the National Research Foundation of Korea Grant.

Download the global status report on school violence and bullying here, under embargo until 17 January

The GEM policy paper can be downloaded here, under embargo until 17 January. 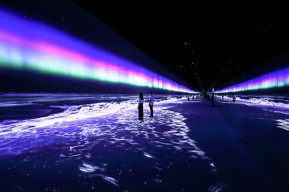 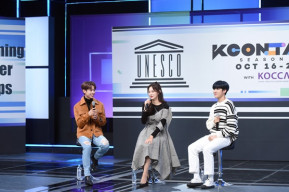 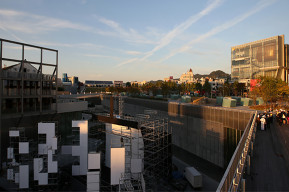 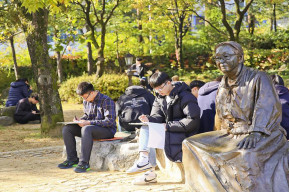