Niger: A step forward for the safeguarding of intangible Cultural heritage

On 9 March 2016, the latest workshop was held for the restitution of the Niger project on “Capacity building for the implementation of the Convention for the Safeguarding of Intangible Cultural Heritage (ICH)”.

A video as evidence

The video shows the different steps of the project and highlights the involvement of Boubon’s and Agadez’s communities in the realization of inventories that has been prepared during training workshops with the contribution of 39 people, including 16 women.

“The collaboration of the populations was really efficient, people who were interviewed were very enthusiastic to know that their heritage sparks an interest. It will be transferred to their children and the whole world” Highlighted Mr Seydou, Member of the inventory team at Boubon.

The restitution day gave the opportunity to M. Danladi, Director of the Cultural Heritage and Museums, to Mrs Sadi Fatou, Chief of the ICH Division, and to interviewers and communities’ delegates to present the 21 ICH elements inventoried. A discussion of the next actions that need to be undertaken was held and the participants offered a couple of recommendations that range from the pursuit of inventories to the creation of a data base, the establishment of safeguarding plan concerning the inventoried elements and the continuation of the new law 97-022 on Heritage.

An exhibition on the inventory process was inaugurated at Niamey University by the Minister of Culture, Arts and Leisure. It has been elaborated in partnership between the ministry and Niger CISP NGO, which aims to raise awareness among people on the importance on ICH and its safeguarding, and will be disseminated in numerous cultural centers during the upcoming months.

A brochure on the participative inventories of Boubon and Agadez pilot sites had been produced and presented during the restitution day. It further includes ICH element related to Habbanaé – a solidary practice from the Peuhl community – which has been added to the inventory project with the support of the Promotion Fund for Culture. Consult the brochure here.

According to Mrs. Guiomar Alonso Cano, Chief of Culture Unit at UNESCO Regional Office in Dakar, “this brochure helps the valorization for and by the communities the ICH elements inventoried, and can be used as a concrete example at a national and sub-regional level in the countries that benefited from capacity building programs on ICH and inventory elaborations.”

As of 2013 this project has been implemented by the Ministry of Culture, Arts and Leisure through the Direction of Cultural Heritage and Museums with the financial and technical support of UNESCO. This project helped strengthen technicians’ of the DCHM, communities as other actors involved on inventories elaboration capacities. Three ICH experts from the UNESCO network were associated to it. Numerous activities were undertaken including:

This project has been made possible by the generous contribution of the Kingdom of Spain to the Intangible Cultural Heritage Fund. 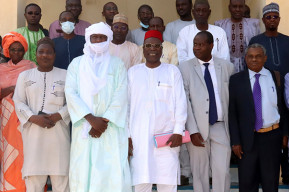 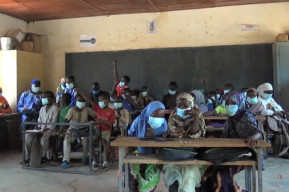 Article
Teachers in Niger Learn to Prevent Violent Extremism and Bring a Culture of Peace to the Classroom
May 20, 2021 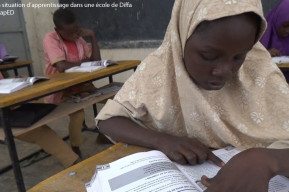 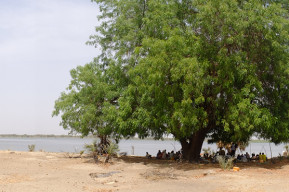 News
Lake Chad: UNESCO promotes the consideration of the ecological crisis at the Berlin Conference
September 7, 2018 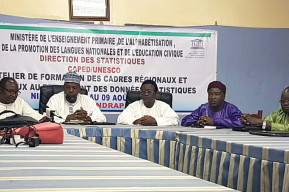