One Ocean Summit: UNESCO pledges to have at least 80% of the seabed mapped by 2030

On the occasion of the One Ocean Summit taking place in the French city of Brest, UNESCO has announced that at least 80% of the seabed will be mapped by 2030, compared to 20% currently, in collaboration with other UN bodies and with the support of its Member States and the private sector.

Knowing the depth and relief of the seabed is essential to understanding the location of ocean faults, the workings of ocean currents and tides, and the transport of sediments. Such data help protect populations as they allow us to anticipate seismic and tsunami risks, identify natural sites that need to be safeguarded and fisheries resources for sustainable exploitation. They are needed to plan the construction of offshore infrastructure and to respond effectively to disasters such as oil spills, air crashes and shipwrecks. They also have a major role to play in assessing the future effects of climate change, whether it be temperature increases or sea level rise.

In 2017, UNESCO and the International Hydrographic Organization (IHO) joined forces with the Nippon Foundation, Japan’s largest private foundation, to launch the Seabed 2030 programme under the General Bathymetric Chart of the Ocean (GEBCO). Since then, Seabed 2030 has been coordinating the deployment of sonars and collecting the data they provide. The programme has convinced many States to share their data concerning the seabed near their coasts. The first results of this programme are tangible: when Seabed 2030 was launched five years ago, only 6% of the seabed was mapped to modern standards, today the figure stands at 20%.

The potential to accelerate seabed mapping is further enhanced by recent technological innovations. While sonar technology has been used since the 1960s to scan the seabed, sonars now have multiple beams enabling them to measure water height at several points and in several directions at once, which represents a considerable time saving. Moreover, whereas sonars were previously attached to manned seafaring vessels, scientists are now able to pilot them remotely on autonomous vessels, operating on the same principle as aerial drones. This solution opens up the possibility of mapping the seabed well beyond navigation routes. It also has the advantage of being more affordable.

A goal with an action plan

On the occasion of the One Ocean Summit, Ms Azoulay called for efforts to be stepped up by mobilizing the 150 Member States of UNESCO’s Intergovernmental Oceanographic Commission (IOC) and the private sector. IOC experts have already assessed the resources needed to achieve the target of mapping at least 80% of the seabed by 2030. They consist of three axes:

According to IOC experts, the total funding requirement for the project stands at $5 billion, i.e., an average of $625 million per year by 2030.

By 2023, we will put in place a global monitoring tool, which will report annually on the progress of the mapping and identify remaining gaps. This global seabed map will be one of the legacies of the UN Decade of the Oceans.
Vladimir Ryabinin Assistant Director-General of UNESCO in charge of IOC

UNESCO and the ocean

UNESCO is leading the United Nations Decade of Ocean Sciences for Sustainable Development (2021 to 2030), which this year will see the organization of several major international summits that will help to amplify the collective mobilization in this field.

Press release
Director-General calls for an investigation into death of journalist Francisca Sandoval in Chile
May 18, 2022 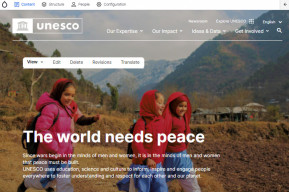 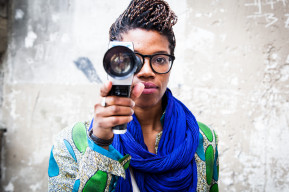