"Tunisia has experienced several attacks since 2015. It is time for us, young civil society actors, to take action by providing innovative solutions to tackle violent extremism. Through the debates, I was able to express my ideas and exchange with young people who, like me, want to make a difference in Tunisia," says Mohamed, a student at the University of Sfax.   .

Mohamed spoke at a series of academic debates organized as part of the joint UNESCO-UNOCT project "Prevention of violent extremism through youth empowerment in Libya, Jordan, Morocco and Tunisia", co-funded by Canada, and the iiDebate citizen initiative. Between February and April 2019, this flagship initiative gathered more than 400 students, from 6 universities across Tunisia. 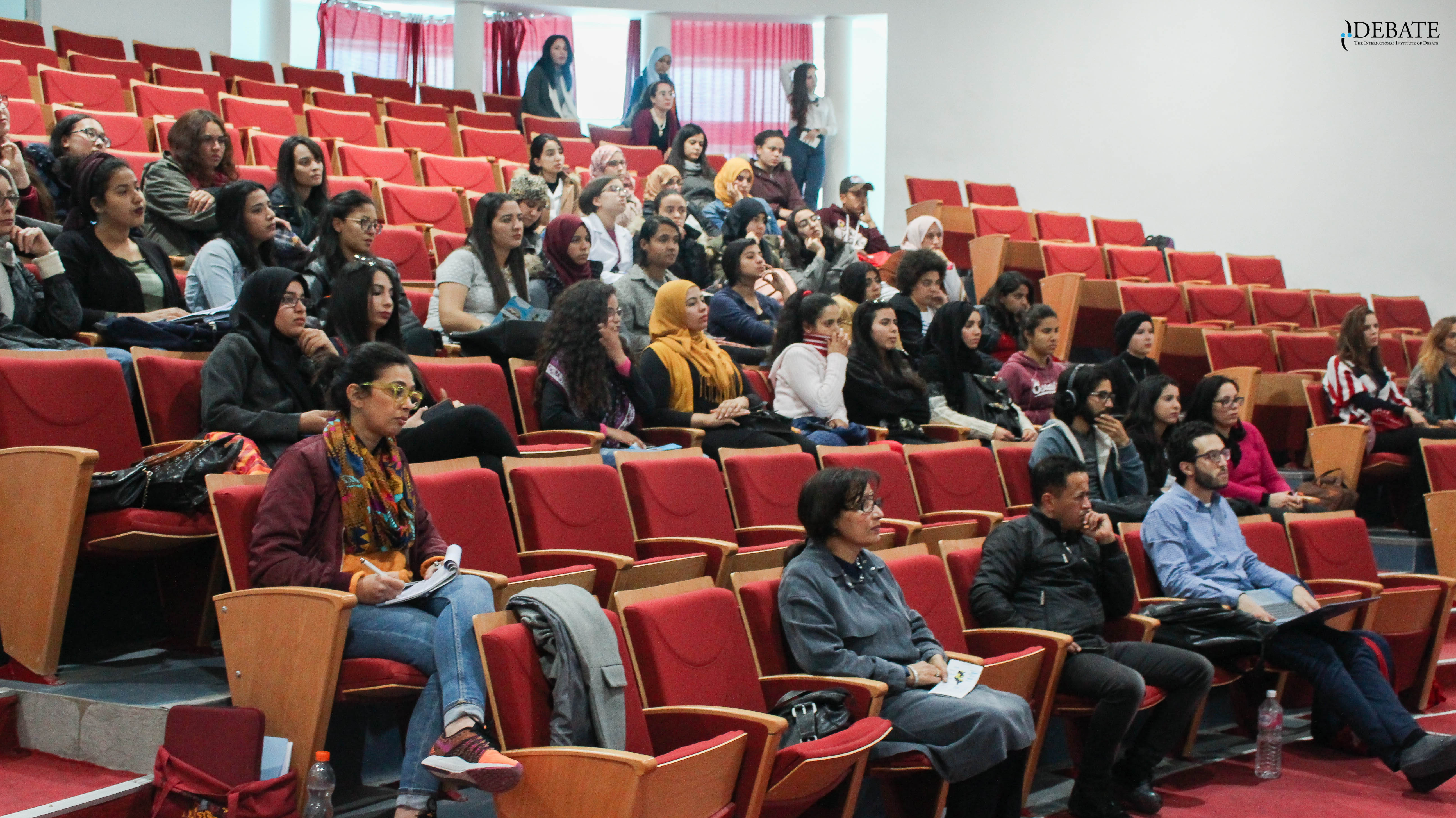 Violent extremism and radicalization are among the most common challenges of our time. Although extremism is not confined to any age group, gender or community, young people are particularly vulnerable to hate speech spread by extremist groups, which occurs both in places particularly frequented by young people and on social media.

It is necessary to provide young people with relevant and timely learning opportunities, in order to enable them to acquire the knowledge, skills and attitudes that will help them reinforce their resilience in response to these threats. These skills can be brought in a creative and innovative way, which is why UNESCO and iiDebate have decided to initiate a new form of exchange and engagement: the debate.

Throughout the second semester of the 2018-2019 school year, a series of 6 debates was organized  in collaboration with the University of Carthage on the issue of violent extremism. The purpose of these initiatives was to explore new forms of engagement and mobilization of the younger generation with a view to preventing extremism.

The initiative was entirely developed by young people: in February 2019, a group of students met with the Tunisian youth association iiDebate, which specializes in issues related to the prevention of violent extremism, in order to jointly define the main themes that would feed into future academic debates. Arts, culture, social innovation and informal education have become privileged vehicles for awareness, prevention and intervention. Thus, during this semester, the students decided to reflect and explore possible solutions on: 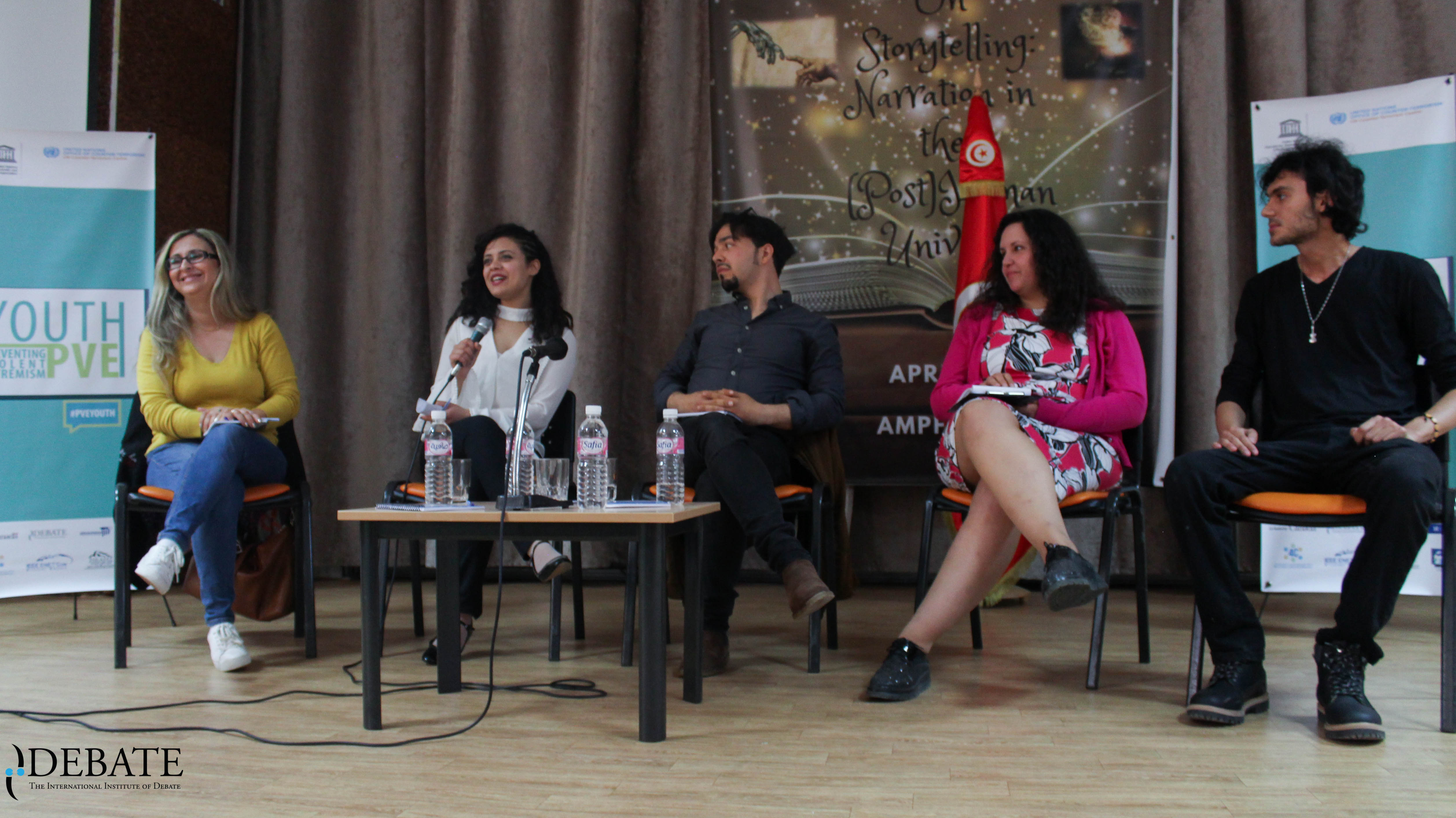 During the various debates, it emerged that:

These observations allowed participants to think out of the box. Peacebuilding does not just start with politics. Throughout the world, young people engage and mobilize their communities in creative and innovative ways to promote social cohesion and tolerance. The largest youth population ever recorded in the world (1.8 billion people) represents a vast potential for innovation and change, in line with the 2030 Agenda’s ambitions.

In October 2019, the participants will meet for a final debate, organised as an inter-university competition, which will bring together students from all over Tunisia. This closing event, whose theme is "how can young people build a culture of peace in their communities, starting with the education system", will be supervised by a panel of experts in the field of PVE, to help students develop recommendations on how to mobilize young people to prevent violent extremism.

The project "Prevention of Violent Extremism through Youth Empowerment in Jordan, Libya, Morocco and Tunisia" aims to activate the transformative power of education, science, culture, and media in order to build the intellectual immunity of young women and men. To achieve this, it is key to mobilize universities and student networks, as prevention actors, to develop social and cultural revitalization programmes on their campuses and within their communities.

iiDebate is a non-profit and apolitical organization, that was created by young professionals and students who aspire to a better education system in Tunisia. With a network of more than 220 active members and 40 partners across Tunisie, iiDebate aims to engage young people aged 15 to 29 to become active in their communities, especially on the theme of prevention of violent extremism.