Review of Education For All in South Sudan supported by UNESCO

Juba, South Sudan, February 2015 – The United Nations Organization for Education, Science and Culture (UNESCO), as the Education For All (EFA) global lead, and the EFA coordinating agency in South Sudan, supported the Ministry of Education, Science and Technology (MoEST) in the first EFA Review and Consultation in South Sudan. 2015 was set as the target to achieve the six EFA goals. A consultative meeting including all stakeholders was therefore held in South Sudan to assess the progress toward achieving the six EFA goals and to discuss the post-2015 agenda for education in South Sudan. The outcome was two reports: a complete review of the progress toward achieving the EFA goals, and a report on the South Sudanese perspective on the post-2015 education agenda. UNESCO is proud to support the MoEST in their achievement and will continue to support in reaching the EFA goals.

UNESCO also convened the Sub-Saharan Africa Regional Education Conference, in Kigali, Rwanda from February 9 – 11, 2015.  South Sudan participated for the very first time through the Honorable Minister of Education, Science and Technology, Director General for Planning and Budgeting and the Director General for Gender. Similar regional conferences are being held around the world to provide a forum for leaders in education to discuss their countries’ experiences with EFA.

The EFA review process revealed key success stories and challenges of the education system in South Sudan, and highlighted emerging priorities for the MoEST, such as teacher training, equitable access to education, and improved education monitoring and reporting mechanisms. These priorities address the major gaps in the education system:

The MoEST began collecting education data through their Education Management Information System (EMIS) department in 2008, even before independence was gained in 2011. However, many challenges have been encountered in the data collection as a result of a lack of infrastructure and the most recent conflict, which began in December 2013. National census data has not been collected since 2008, which creates an incomplete picture when reviewing the education data.

Education in South Sudan is in a dire situation. Less than 30% of adults are literate, and less than 20% for women. In 2013, only 41.5% of primary school-aged children and only 2.3% of secondary school-aged children were enrolled in school. Only 5.4% of the national budget was allocated to the Education Sector, despite the requirement for 10% in the Education Act. In order to fully achieve the EFA Goals, and to improve education outcomes in South Sudan, more funds must be allocated to education at all levels – adult, youth and child education, formal and informal.

UNESCO Juba will continue to support the MoEST’s efforts in achieving the EFA goals. Currently, UNESCO is implementing literacy-training courses for women and girls. With its emergency education programs, Skills for Life, Literacy for Life, and Mobile Little Libraries, UNESCO is ensuring that children and youth affected by the current conflict do not miss out on educational opportunities. In the coming weeks UNESCO will roll out education programming targeting pastoralists – the community receiving the fewest education opportunities. Through education policy support, particularly in Technical and Vocational Education and Training (TVET), UNESCO will promote the capacity of the MoEST to provide quality, inclusive education for all.

As the lead UN Agency for education, UNESCO held the annual World Education Forum in 2000, during which 154 countries signed the six EFA goals. Since 2000, UNESCO has been the lead Agency for EFA and the production of the annual EFA Global Monitoring Report. The 2015 Global Monitoring Report will be launched on April 9th, 2015. Access it here. Find out more about Education For All Movement. 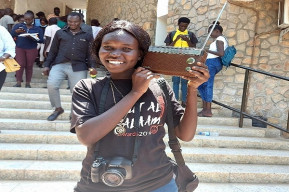 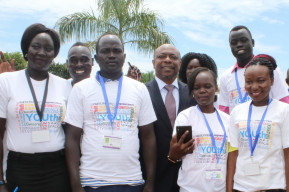 Story
Engaging with the young in a young country.
13 January 2022 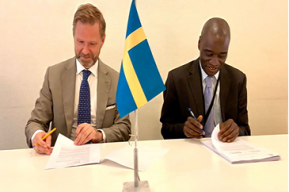 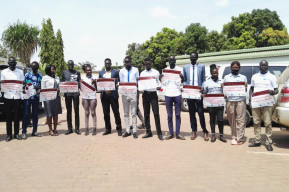 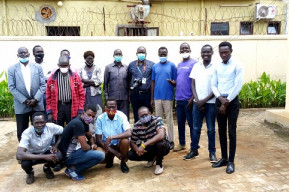 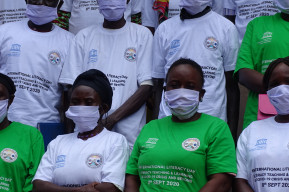 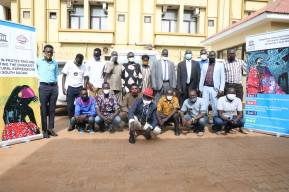 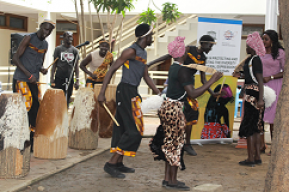