Safeguarding Historic Houses and their Inhabitants in Shiabm

"People have different memories in the allies and quarters of the Old City of Shibam," said Muhammad Badeeb, a 40-years-old Yemeni. Badeeb remembers his city as vibrant with its sixth-floor tower houses and busy streets. The streets now became emptier, and his house deteriorated to the extent it was impossible to inhabit with his family.

Badeeb is among the 7000 inhabitants living in the World Heritage Site of Shibam, the remains of 2200-year-old urban civilization in Arabia Felix. Unfortunately, in 2015 the city was listed as World Heritage in Danger due to the ongoing conflict and climate change that destroyed its mud-brick towers.

In the project, “Cash for Work: Promoting Livelihood Opportunities for Urban Youth in Yemen," Yemenis are coming together to restore houses inside the ancient city of Shibam. As of March 2021, 489 buildings received an assessment in Shibam, and the damages accounted for 92 percent. Thus, homeowners and young Yemenis constructed six, repaired 30, and reconsolidated 142 buildings. To select which homes to repair, low-income families received priority intervention. The selection also paid attention to the architectural patterns and severity of damages. This is in line with the project's human-centered approach, which aims to dignify shelters for vulnerable households and preserve commercial spaces.

After the fine rehabilitation of his house, Badeeb returned home with his family after he abandoned it for years.

There is a huge difference between the house condition before rehabilitation and now. The repairs transformed the facade and the roof. I feel I can now sleep in peace with my children
Muhammad Badeeb - Homeowner
© UNESCO

Wooden doors and windows are the characteristics of mud-brick houses in Shibam, but many need instant repair due to the destruction of organic materials and climate change. The windows of the ancient city consist of wooden grid elements without glass, which allows ventilation and offers a sophisticated range of motifs. These windows are a testimony of the historical layers since they were widely present in the Middle East. To rehabilitate the doors and windows, the workers either protected preserved examples or replaced them with local hardwood.

Although traditional patterns are abandoned in the local carpentry, the project found success in reviving them. Workers also restored plinth zones transformed previously by contemporary neo/classical shapes. This is because the plinth zones are problematic in physical and stylistic forms. So far, the intervention in Shibam employed 113 Yemenis, benefitting 753 household members. The workers received a daily wage of 8 to 12 dollars to support their families. In partnership with the Social Fund for Development (SFD) and the General Organization for the preservation of Historic Cities (GOPHCY), the project promotes using traditional building materials and eco-friendly techniques to preserve Yemen's unique cultural heritage and mitigate the impact of climate change.

Safeguarding homes in Shibam does not only protect the city's heritage, but also the lives of people inhabiting them. He can now anticipate a better future, where his family lives safely, securely, and peacefully. 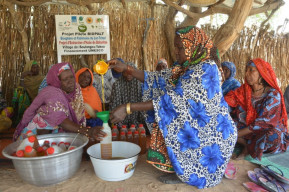 Article
A vision of African development that prioritizes people and nature
July 19, 2022 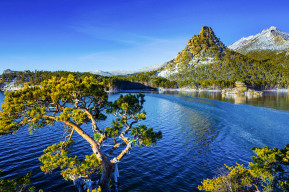 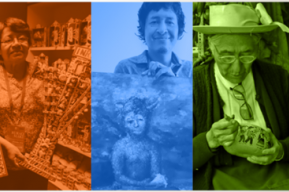 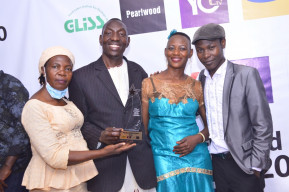 Story
Ugandan filmmakers carve a space of their own in the artistic industry
February 16, 2022 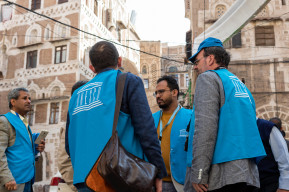 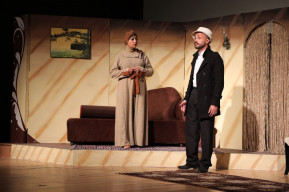