The three laureates of the Prize are:

Professor Hossein Baharvand (Iran), Professor of Stem Cells and Developmental Biology at the Royan Institute for Stem Cell Biology and Technology and the Head of Department of developmental biology at the University of Science and Culture. In 2003, he established the first mouse and human induced pluripotent stem cells in Iran. His contribution to the development of stem cell resource and translational research has led to numerous applications in regenerative medicine.

André Bationo (Burkina-Faso), Soil scientist and President of Action for Integrated Development. He specializes in soil chemistry, soil fertility, agricultural production, environmental issues and natural resource management. He has contributed to improving agriculture in Africa through his outstanding fundamental and translational research in soil fertility management.

Instituto de Medicina Tropical von Humboldt (IMT) at Universidad Peruana Cayetano Heredia. The Institute was founded in 1968 with the mission of promoting education and research on the most prevalent tropical diseases in Peru. It has performed high quality research and contributed to controlling diseases such as tuberculosis, malaria, leishmaniasis, leptospirosis, HIV-AIDS and others.

“The prize you receive today pays tribute to the significant value of your work and its contribution to the long scientific chain of effects to pass on knowledge and to ensure each of us may live a better life,” said Irina Bokova. “Neither development, nor sustainable development is possible without science and research”, she added, highlighting UNESCO’s involvement in “encouraging research and international cooperation for creating institutes, laboratories and universities that meet the requirements of modern science and expand the number of young scientists, who play a role in broadening our knowledge and, thus, our lives”.

“Science and technology are world heritage and each one of us has to have access to it, without discrimination,” said the President of Equatorial Guinea, Teodoro Obiang Nguema Mbasogo, who also noted that “the presence of so many heads of state” at the ceremony “is a clear sign of the African international community uniting to accelerate scientific research”.

Every laureate received a statue, made by Leandro Mbomio Nsue, an artist from Equatorial Guinea, a diploma and $100,000 in Prize money.

After the ceremony, UNESCO held a scientific round table on the role of learning and research in the battle against the Ebola, HIV and AIDS viruses, as well as on the importance of pharmacopoeia and medical knowledge of indigenous people. 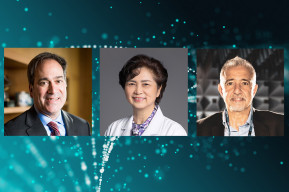 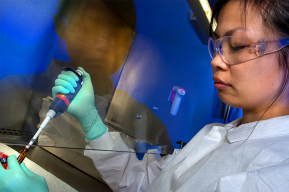 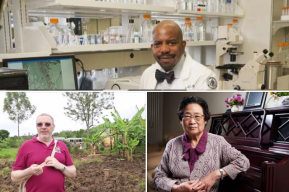 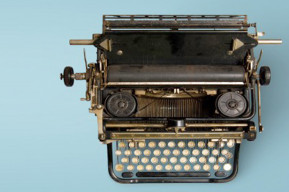 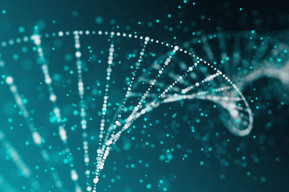