Before and After pictures of a section of the beach cleanup activities conducted by the youth in Lamu, Kenya. © Maureen Kombo

The six winning projects for the first Africa World Heritage Day (AWHD) Youth Competition for Eastern Africa were successfully completed in December 2021. Organized in collaboration with UNESCO National Commissions in the beneficiary countries (Eritrea, Ethiopia, Kenya, Rwanda, Tanzania and Uganda), the youth-led projects took different approaches to raising awareness of the importance of World Heritage among youth in the Eastern Africa region.

In Eritrea, Mr. Michael Berhe and his team collected data, designed a prototype, coded and tested the mobile App that aimed to increase awareness of Eritrea’s first World Heritage site, Asmara: A Modernist African City. To raise awareness of their project, the team granted several media interviews including with Voice of America, the Eritrean National Newspaper, and raised awareness through various popular social media outlets.

Mr. Sewnet Tesfaye Lema from Ethiopia visited several schools and universities to establish World Heritage Clubs and set up training and capacity-building workshops with youth and journalists on the protection and promotion of World Heritage sites in Ethiopia. Through popular FM and community radio stations , he also conducted awareness-raising campaigns on the importance of safeguarding and protecting World Heritage sites, which is especially important during the ongoing conflict in the north of the country.

Ms. Maureen Kombo from Kenya focused on mobilizing youth in integrating community-based solid waste management strategies in preserving Lamu’s heritage. To this end, she interviewed the site manager for Lamu Old Town, community leaders, County government officials and youth on strategic ways to protect and conserve the Lamu heritage, and how to tackle the challenges of solid waste management in the county. Through discussions with key youth groups based in Lamu, Ms. Kombo and her team inspired action from the groups, who actively participated in beach cleanups, garbage collection and formulation of strategies for long-term waste management.

In Tanzania, Ms. Brenda Kisaka’s project developed radio programmes, held roundtable discussions and a series of webinars to promote World Heritage in Eastern Africa. Through these engagements, the programme reached not only Tanzanian youth, but also youth from the EAC youth ambassadors, youth organizations in eastern Africa and SADC youth parliamentarians. The youth in the different platforms united in the call for the promotion and protection of World Heritage sites in Africa.

Through the Buganda Youth Council and Nkobazambogo, in partnership with the Buganda Kingdom, Uganda’s Dr. Kabanda Umar held a series of activities that aimed to empower the youth through culture and heritage. The events included a webinar, physical workshops, radio and television talk shows, all geared towards sensitizing the youth and creating awareness on the ways of engaging them in the protection, conservation and promotion of the Tombs of Buganda Kings at Kasubi World Heritage site in Uganda. The events were held in both English and Luganda and attracted various youth leaders from different Buganda Youth Clubs.

These Africa World Heritage Day winning projects have served as catalysts and sparks of inspiration for youth-led initiatives for the protection and promotion of African heritage. We are proud of their achievements and motivated to continue supporting similar worthwhile projects in the future, as our World Heritage is in the hands of our youth.
Prof. Hubert Gijzen, UNESCO Regional Director for Eastern Africa 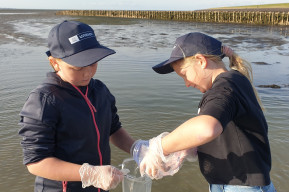 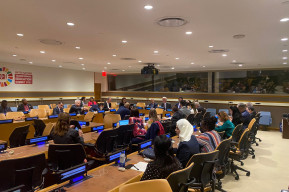 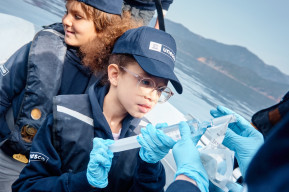