States and journalists can take steps to counter “fake news”

UNESCO’s Director for Freedom of Expression and Media Development, Guy Berger presented 15 possible action points to counter what he called the “weaponisation of mistrust”.

Berger based his contribution on the insights from UNESCO’s “Journalism under fire” colloquium held earlier this year, which highlighted the seriousness of disinformation and the deliberate discrediting of professional media.

He noted that journalists were sometimes targeted by “fake news” claims that particular individuals were spies, as well as diminished by sweeping accusations that their stories are fictional. The director highlighted the distinctive character of fake news within a wider self-reinforcing toxic ecosystem that includes trolling and bullying. He pointed to its specificity as being “fabricated content that poses as authentic news and which masquerades as factual”.

The news media response should be to boost its credibility, through highlighting reliable brands and public service broadcasting, Berger proposed. Training could improve coverage, so that there is not a vacuum for fake news to fill. Stepped up fact-checking could further help to ensure the verifiability of what they produced.

“The media should also avoid advertising that has links to fake stories, as well as be more transparent about ownership and political leanings,” said the director. “In addition, journalists should do more to follow, debunk and tell the stories about the fake news phenomenon”.

As regards States, the UNESCO official urged increased monitoring and reporting of the problem, including in terms of Sustainable Development Goal 16.10, which advocates “public access to information and fundamental freedoms”.

Criminalization of “false news” and banning of anonymity could violate such freedoms, he cautioned. However, States could better protect journalists and also prosecute where purveyors of fake news were involved in fraud (misusing the names of reputable news brands). Incitement to violence, or hacking, could also merit legal steps being taken against fake news. Individuals whose reputations were harmed by the phenomenon should bring civil defamation cases against the perpetrators, he stated.

Berger further urged greater transparency about states’ own activities in covert information operations, and put particular emphasis on the importance of governments intensifying their work to integrate media and information literacy into national education systems.

The presentation used in his remarks is here.

Other speakers at the conference, convened by the European Parliament’s Extremism Working Group and the and Digital Europe Working Group, included senior representatives from Austria and Germany, as well members of civil society and officials from Google, Facebook and the European Federation of Journalists. 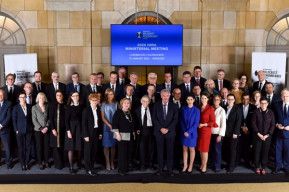 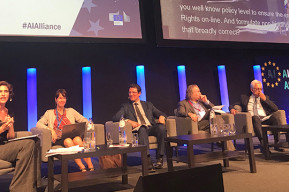 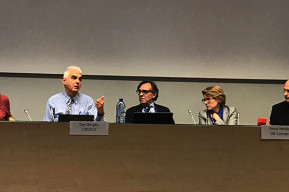 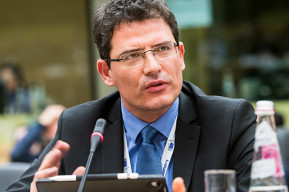