On the 16th-18th of February 2016 the Khartoum office of UNESCO together with the French Cultural Center organized the children’s workshop “Sudanese Cultural Heritage in the Eyes of Children and Youth: Traditional Folk Tales”. The workshop was made in collaboration with the Sudanese National Commission for UNESCO, the National Corporation for Antiquities and Museum, the Association for Cultural Awareness, the Kid Library of the Al Faisal Cultural Center, and the “Filmmaking for Children” Initiative. The first two days took place in the Sudanese National Museum and the third and last day was held in the Auditorium of the Al Faisal Cultural Center.

The workshop aimed to develop new means of raising awareness among the younger generation about traditional Sudanese tales – taking as an example the texts of “Al-Ahaji” with appropriate illustrations. 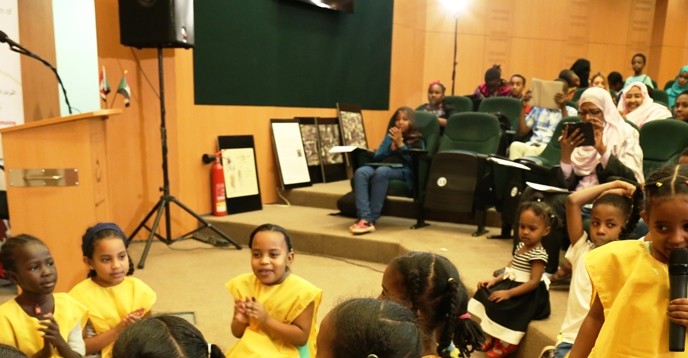 More than 150 young Sudanese participated in the event during all three days – from different cultural centers and basic schools in Khartoum state, and also from one regional school of Al Jazirah State.

The 16th of February was devoted to children in the ages of 5-8 years. The day started with an animated tour of the museum where children visited its different parts, sections and collections. The rest of the day focused on traditional folktales with a special exhibition of illustrated texts, storytelling and drawing; an activity through which the children expressed their appreciation of stories and creativity. The children also played some traditional Sudanese games. 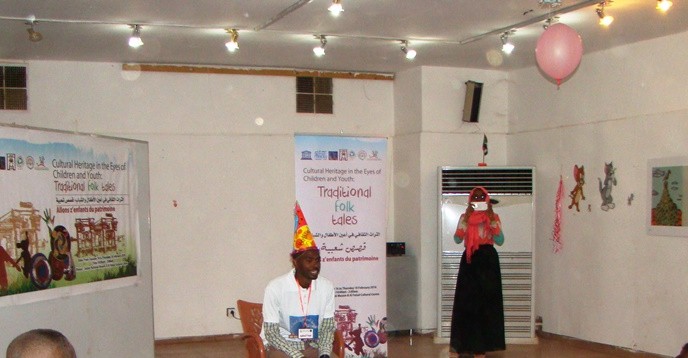 The next day was given to children in the ages of 8-11 years. It focused on reading tales, writing stories, and different performance activities.

The final day was hosted by the Kid Library of the Al Faisal Culture Center in Khartoum. The first session of the event was joyfully animated by Mr. Omer Madawi – a Sudanese writer of children’s books – who read a story for the kids by his own voice associated with a slideshow. 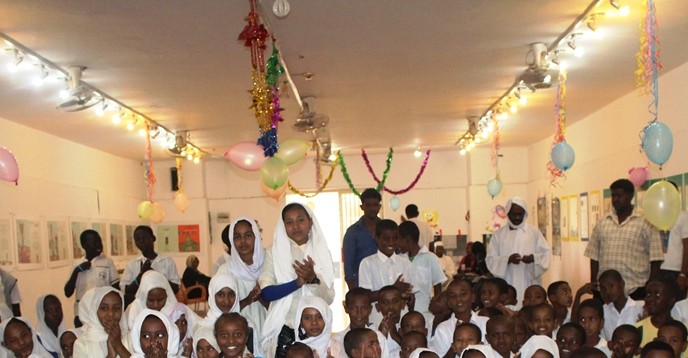 The second session was driven by Mr. Mohamed Yahia – a young Sudanese movie maker – who showed the children one film from his collection. The film was about one famous ancient Sudanese Queen, who successfully ruled the Kushite kingdom.

At the final session the Ana Al-Sudan band performed different traditional songs and dances for the children.