7 April 2022 marked 28 years since the beginning of the genocide against the Tutsi in Rwanda. From April to July 1994, within just over 100 days, more than 800,000 members of the Tutsi minority were systematically murdered. Those opposing the massacres, including moderate Hutu, were also killed during this period.

The genocide had profound consequences through deep and intergenerational trauma, destruction of the land, and long-term damages to peace and stability. The social, political, economic, and environmental impacts of the genocide in Rwanda are long lasting, as survivors seek to “remember, rebuild, and renew” their country.

To pay tribute to the victims of this horrific genocide, express solidarity for the survivors, and support efforts for genocide prevention, UNESCO and the Permanent Delegation of Rwanda to UNESCO welcomes genocide survivors and the public to joined together at on 21 April 2022 at UNESCO Headquarters to honour the victims of the genocide and look towards building more peaceful futures.

The event took places in the 100 days of mourning for those killed in the genocide which starts on 7 April, the International Day of Reflection of the 1994 genocide against the Tutsi in Rwanda. It will bring together Tutsi survivors and Rwandan delegates to collectively remember and mark the painful history of the genocide and efforts of the survivors towards vitality and rebuilding of relations. Genocide survivor Ms. Félicité Lyamukuru was be accompanied by Firmin Edouard Matoko, UNESCO Assistant Director-General for Priority Africa and External Relations and H.E. Mr Santiago Izrazabal Mourâo, Ambassador Permanent Delegate of Brazil to UNESCO and President of the 41st General Conference, who joined in expressions of memory and solidarity as they also articulate visions for a world free from genocide.

H.E. Mr. François-Xavier Ngarambe, Ambassador Extraordinary and Plenipotentiary of Rwanda to France, Permanent Delegate called on the international community to “do whatever it takes to ensure that what happened in Rwanda in 1994 never happens again”.

As a commemorative event, the International Day of Reflection is a powerful, symbolic accompaniment to ongoing efforts to ensure a genocide-free world through preventative efforts including education. UNESCO joins these efforts through a commitment to raise understanding about the causes, dynamics and consequences of genocide and to strengthen resilience against all forms of discrimination. Such efforts both project peace and remediate the failures of the past.

UNESCO supports education about genocide and genocide prevention as part of the Organization’s programme on Global Citizenship Education, which aims to develop active global citizens who reject all forms of prejudice that can lead to violence and genocide. These activities lie at the core of the 2030 Agenda, and more specifically of target 4.7 of Sustainable Development Goal 4. Through education, learners can come to understand the history and origins of genocide in ways that counter divisive stereotypes, foster critical thinking and develop respect for diversity and human rights.

UNESCO’s efforts support the work of other United Nations agencies to prevent genocide, including the Office on Genocide Prevention and the Responsibility to Protect and the United Nations outreach programme on the 1994 genocide against the Tutsi in Rwanda. 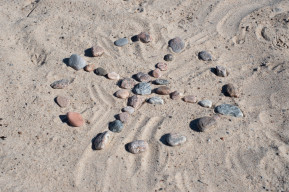 Article
State-of-the-Art of Indigenous Languages In Research
May 20, 2022 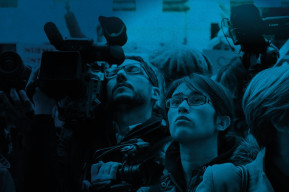 Article
UNESCO announces 2022 Call for Partnerships of the Global Media Defence Fund
May 19, 2022 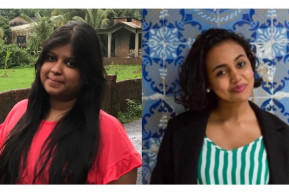