Heads of State and Government and Ministers of Education from more than 40 countries adopted the Paris Declaration on Wednesday: a global appeal initiated by UNESCO and France to increase investment in education in the aftermath of the COVID-19 crisis.

At the height of the pandemic, 1.6 billion children and adolescents were deprived of tuition in the classroom. Among them, 500 million students, mainly in the South, had no access to distance learning. UNESCO quickly rallied by bringing together States, international organizations and businesses within a Global Coalition for Education, which made it possible to ensure educational continuity in 112 countries.

Despite this unprecedented mobilization, the situation remains worrying. According to UNESCO’s latest count, schools are still totally or partially closed in 65 countries, affecting 750 million students.

In those countries where schools are reopening, there is concern that some children are not finding their way back to the classroom. This is particularly the case for girls, whose schooling was already precarious in a number of low-income countries. UNESCO estimates that 11 million girls worldwide are at risk of staying out of school after the pandemic.

These risks are observed against a global backdrop of under-investment in education. Since 2015, UNESCO Member States agreed on a level of educational funding of 4 to 6% of GDP or 15 to 20% of public expenditure, but the majority of countries have not yet reached this threshold. Moreover, it appears that low-income countries only allocate 1% of the amount of the post COVID-19 stimulus packages to education, while the richest countries only spend 2.9% of that package on education.

An agreement to boost investment

On Wednesday, UNESCO Director-General Audrey Azoulay and French President Emmanuel Macron co-chaired a meeting of Heads of State and ministers of education from more than 40 countries, with the aim of strengthening global and national political commitment to education.

The COVID-19 pandemic has come to underscore for everyone around the world the critical importance of education as a global public good. In the midst of the crisis, the international coalition initiated by UNESCO helped meet the most urgent needs. We have helped more than 400 million students and 12 million teachers in 112 countries. Today, while the immediate urgency of the crisis may seem to have passed, we must maintain our mobilization. It is imperative that we prioritize education as the most powerful investment for our common future. If we do not invest in education now, the cost will be much higher for generations to come.
Audrey Azoulay, UNESCO Director-General
With the pandemic, we have also experienced an education crisis of unprecedented magnitude, adding to the challenges of achieving universal access to quality education. At the height of the crisis, in late March 2020, 90% of the world’s schoolchildren, or more than 1.6 billion students, saw their schools close. This shock hit the most vulnerable children hard, especially girls. In France and throughout the world, we are committed to making access to education a priority. Because school is the best place to build a common project and a shared destiny for our societies. School represents the victory of the Enlightenment and science over all forms of obscurantism. It is this idea, old yet so young, that is carried by those who believe that every child is endowed with reason that must be nurtured.
Emmanuel Macron, French President

These exchanges led to the adoption of the Paris Declaration on Education. In this text, the participating States commit to improving investments by relying on public financing and public-private cooperation. They also call for increased international aid to education, making it a priority to reach the target of 0.7% of donor GNP for official development assistance.

UNESCO report to rethink the Futures of Education

Also on Wednesday, Ms Azoulay and Sahle-Work Zewde, President of Ethiopia, presented a new prospective report on education, fruit of two years of work by an independent international commission drawing on contributions from more than one million members of the public alongside the expertise of 400 UNESCO Associated Schools and 200 UNESCO Chairs worldwide.

Entitled Reimagining our futures together: a new social contract for education, the report calls for the reform of curricula and teaching methods to take into account three major recent changes in our societies: those linked to globalization, the climate challenge and the digital revolution. It notably calls for:

The choice that awaits us is a difficult one. Either we continue on an unsustainable path, or we radically change course. I firmly believe that education is one of our most valuable tools for building a sustainable future. I welcome this UNESCO report as a vital contribution to the discussions that must take place across the UN and around the world. It is a seminal reference for the Transforming Education Summit scheduled for the second half of 2022.
António Guterres, UN Secretary-General 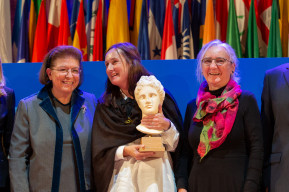 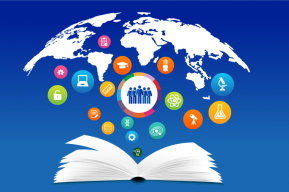 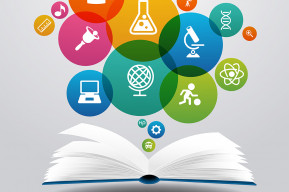 Article
Open Science: fulfilling the human right to share in scientific advancement and its benefits
25 November 2021 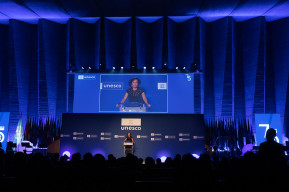 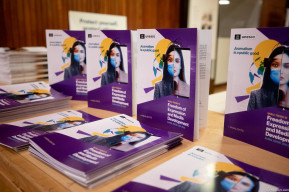 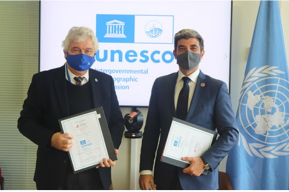 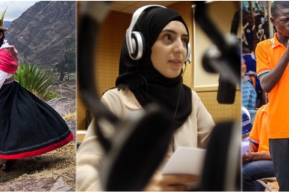