Using green entrepreneurship to foster peace in Tunisia: the Story of Sahar

Sahar (27), a doctor and social entrepreneur from Sfax, Tunisia, offers another wonderful perspective that shows how young people are agents of change when it comes to peacebuilding and advancing the work of civil society.

Sahar has been involved in civil society work since high school, and given that her last year of high school (2011) was the year of the revolution, she has been at the forefront of change in this domain. Although it was sometimes difficult to always fully express her passion for defending human rights and rights of minorities, which led to her turning to writing as an outlet to process her thoughts, she was able to help organize demonstrations for Sfax’s high schools during the revolution and also host art exhibitions discussing the revolution and other youth issues.

Although Sahar’s professional training is in medicine, and her general passions revolve around anything in the neuroscientific domain, she is also passionate about human rights, climate change and peacebuilding. After learning about civil society work and entrepreneurship, she experimented by working in a range of associations, including IWATCH, the first anti-corruption organization in Tunisia. Being part of the IWATCH team, whose members she considers as role models, helped her discover that she was looking “for an impact more long-term than just a training or a project, which is more temporary.”

This experience was a turning point for Sahar, leading her to start creating her own social business. In April of 2019, Sahar and two of her friends founded ECOZONE coworking space. Through this project, they hope to create a new generation of peacebuilders in Sfax that is conscious of the climate crisis, Sfax being one of Tunisia’s most polluted cities. “We try to change the mentality of young people in hopes that, in the years to come, there will be real change,” Sahar explains. She says that this is something very much needed in Sfax, a town that, although thrives economically (it is the economic capital of Tunisia), reports one of the highest rates of pollution in the country. Hosting ecological products exhibitions and promoting ecology awareness events are part of ECOZONE activities, while also promoting social cohesion amongst the community. 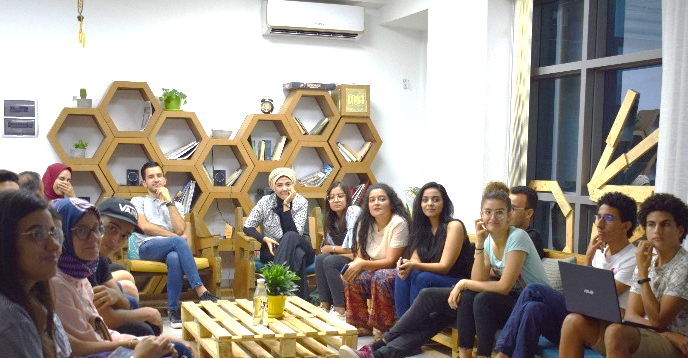 As part of her work in preventing violent extremism, Sahar has joined UNESCO-UNOCT conferences addressing the topic of violent extremism in an innovative way. Indeed, ECOZONE uses entrepreneurship as a tool to fight against violent extremism. Sahar explains that the work of the association is to “give young people another perspective and a source of hope. Generally, a young person turns toward extremism because they are frustrated [and] they are not finding themselves, developing personality traits and critical skills is going to indirectly influence and help fight violent extremism.” In order to truly be present for youth so that they can develop in this space, empathy, a skill Sahar has developed from her experience as a doctor, is required. “Given that Sfax is a relatively conservative region, there is often a lot of judgement placed on your image, your family, and what you do. So, by being present and creating a trustworthy environment where youth are supported by their peers, ECOZONE serves the dual purpose of promoting proper development as well as preventing violent extremism.”

Promoting Entrepreuneurship in ECOZONE was not the only way to prevent extremism. Giving youth the chance to learn and master other skills was part of this path. As a debate trainer, Sahar organized several activities in collaboration with IIdebate, including debate competitions and coffee talks. Sahar was also a speaker in a panel about PVE. She believes that debate, entrepreuneurship, art and every other way of expression is essential to empower youth and make them better people. This is the best way to create confident, critical and talented young people aware of the danger of violent extremism.

Another way Sahar has worked with PVE-related projects is through the Human Library project (Bibliothèque Humaine), where people who are victims of stereotypes and hate speech (based on race, immigrant status, etc.) share their own stories and feelings about their experiences to create an empathetic and tolerant society. When Sahar organized this event as part of INNO-Peace organization, they were expecting a turnout of 100 people, so they were pleasantly surprised when 250 people attended. “It’s the project that had the most impact…It pushed me to look for added value [in projects], not just [taking] photos or [making] a poster to present [about the event],” again highlighting the importance of focusing on projects that lead to sustainable change.

Given that Sahar has extensive experience in being adaptable and is fearless when confronting challenges, it is no surprise that she was able to continue to engage members in ECOZONE during the pandemic, using the Eventizer platform to host events online. During the quarantine period, ECOZONE hosted educational sessions about COVID-19 regulations and offered online therapy groups tailored to individual psychological needs. Sahar was also involved in creating an app that assessed whether someone’s symptoms were urgent, whether they should remain at home, or whether they should not be alarmed in an effort to reduce the number of people who were calling emergency services to seek COVID-19-related care.

Sahar’s next dream perfectly combines her skills in medicine and entrepreneurship: working toward sustainable change to improve outcomes in the healthcare sector (through health tech). Considering that she admires the path one takes rather than the end result, Sahar, without a doubt, will continue using her range of skills and genuine empathetic nature to improve the quality of life for Tunisians. 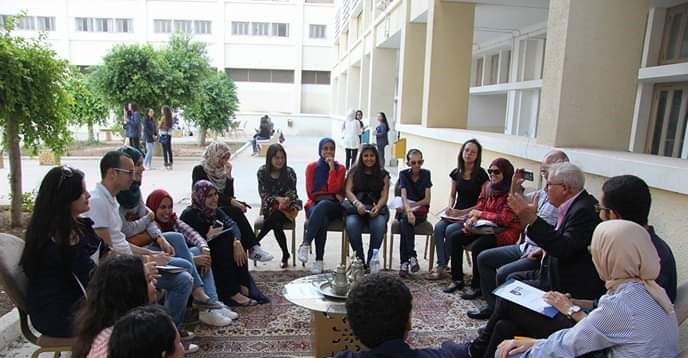