Disinformation can have severe consequences in today’s day and age. It has become, in that sense, a global concern that has drastically changed the media and security landscapes, with a growing need to address disinformation in several ways, particularly in the digital space. However, one can wonder how to guarantee the safeguarding of the right to freedom of expression in this fight, knowing that independent and free media can play a key role in combatting what has become known today as “fake news”. A recent research commissioned by the ITU and UNESCO Broadband Commission and co-chaired with Dr. Hessa Al-Jaber from Qatar, looks into the subject and answers a question of vital consequence: How to counter digital disinformation while respecting freedom of expression?

With the official launch of the Arabic version of the report, UNESCO held on 9 December a regional virtual webinar to address the topic, with a particular focus on its implications in the Arab region. In his introductory remarks, Tawfik Jelassi, UNESCO Assistant Director General for Communication and Information, affirmed “misinformation on the Internet can create and exacerbate existing inequalities, and impede the achievement of all sustainable development goals”. “Its consequences may affect not only public health and well-being, gender and racial equality, but also democratic governance and the maintenance of peace and security, he added. The COVID-19 pandemic has shown us how reliable and trustworthy information, or the lack thereof, can have deadly repercussions”. According to Mr. Jelassi, “the Arab region has witnessed the spread of misinformation at home, as well as false information that can spread outside the region, leading to direct and negative impacts on public health, peacebuilding efforts and human rights”.

UNESCO and its partners have translated the executive summary of the report, titled “Balancing Act: Countering Digital Disinformation while respecting Freedom of Expression”, into French and Spanish, and modified it in a Portuguese version. In addition, the new Arabic version is the first complete translation of the report, completed with the support of the Ministry of Foreign Affairs of Qatar. Ibrahim Sultan Al-Hashmi, Acting communications Director of the Ministry of Foreign Affairs of Qatar highlighted in his remarks the importance of freedom of expression, noting that it does not imply the spread of hate speech and false information. He praised the role of UNESCO in that regard, and assured that Qatar’s support for the translation of this report stems from its support to raise awareness and a better understanding of disinformation in the Arab region.

Moderated by Rouba El-Helou, Media, Gender and communication Specialist, the webinar also featured informed opinions from specialists. Nibal Thawabteh, trainer and former director at the Media Development Center of the Birzeit University, stressed on the importance of training all the players in the media landscape on fact checking, “from the top of the pyramid to the bottom”. From his side, Walid Hayouni, Media Professor and founder of Journalists Against Disinformation and Hate Speech NGO in Tunisia, took stock of the current media landscape in Tunisia, including the high use of social media platforms, the continuous rush to access information and the proliferation of fake websites. “The culture of combatting disinformation has started to spread in the country, as more awareness is raised on its potential dangers”, he said.

An international expert on freedom of expression and media regulation, Joan Barata indicated that there is no clear definition of disinformation. “The Covid-19 pandemic has limited freedom of expression and has negatively affected the dissemination of information, he said. It also taught us that there is no need for specific laws to counter disinformation, as governments might use these laws to silence journalists." He also recommended a reinforcement of the capacities and skills of journalists with a focus on media literacy, education and ethics.

A call echoed by Muhammad Khamaiseh, editor at Al Jazeera Media Institute, who emphasized the need to have strong journalistic ethics, affirming that “the urge to follow the trending content is adversely impacting its quality”.

The ITU-UNESCO report was endorsed by the Broadband Commission membership in Fall 2019 and received peer review from leading academic experts worldwide. It includes a novel 23-step checklist and recommendations. It is also gaining traction in the area of ​​policy development, being cited nine times in the 2021 report to the European Parliament. 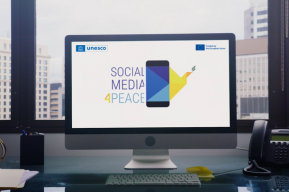 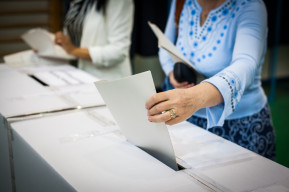