Today, out of 235 million students worldwide, 6 million are studying abroad, up from 2 million in 2000. More than half of the 6 million are studying outside their region. In November 2019, the Global Convention on the Recognition of Qualifications concerning Higher Education was adopted by the 40th session of the UNESCO General Conference, becoming the first United Nations treaty on higher education with a global scope.

By ratifying the Global Convention, countries commit to strengthening international cooperation in higher education, raising its quality at home and worldwide, and helping make academic mobility and the recognition of qualifications a reality for millions around the world.

It is open to UNESCO Member States and the Holy See. As of May 2022, it has 15 States Parties and requires 5 more to enter into force. Model instrument of ratification.

What is the Global Convention on higher education?
A practical guide to recognition

A milestone on the field of education, the new Convention will help ensure the right to education worldwide by facilitating people´s access to higher education.

UNESCO is organizing a series of conversations on higher education in the leadup to the 3rd World Higher Education Conference, taking place in Barcelona, Spain from 18 to 20 May 2022. 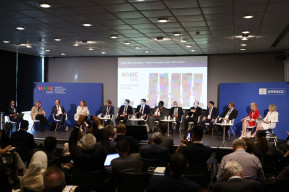 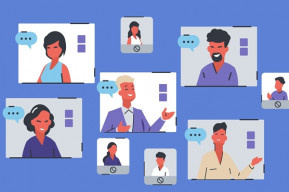 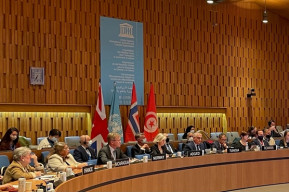 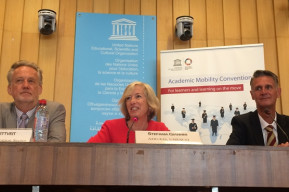