UNESCO’s General Conference taking place in Paris from 9 to 24 November, marks the 75th anniversary of the Organization (12 November). During the General Conference, UNESCO’s 193 Member States are expected to take landmark decision, including the adoption of global recommendations: one on the ethics of artificial intelligence, another on open science. During the event, UNESCO will also publish the new World Futures of Education Report and host a Global Education Meeting (10 November).

Accreditation is required for access UNESCO’s Headquarters throughout the General Conference. Application should be made as soon as possible here.

Access to the building will be open at 125, Avenue de Suffren, 75007, Paris. Early arrival, at least 45 minutes before the start of events, is strongly recommended.

8 November, 6 to 8 pm: Press opening of the 75th anniversary exhibition: “The Adventure of UNESCO”

The General Conference in brief

More on the General Conference 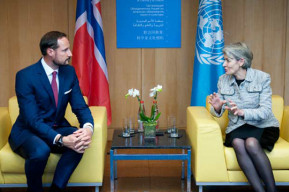 News
The Crown Prince of Norway pays visit to UNESCO stressing the importance of the Organization on its 70th anniversary
November 3, 2015 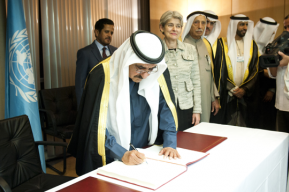