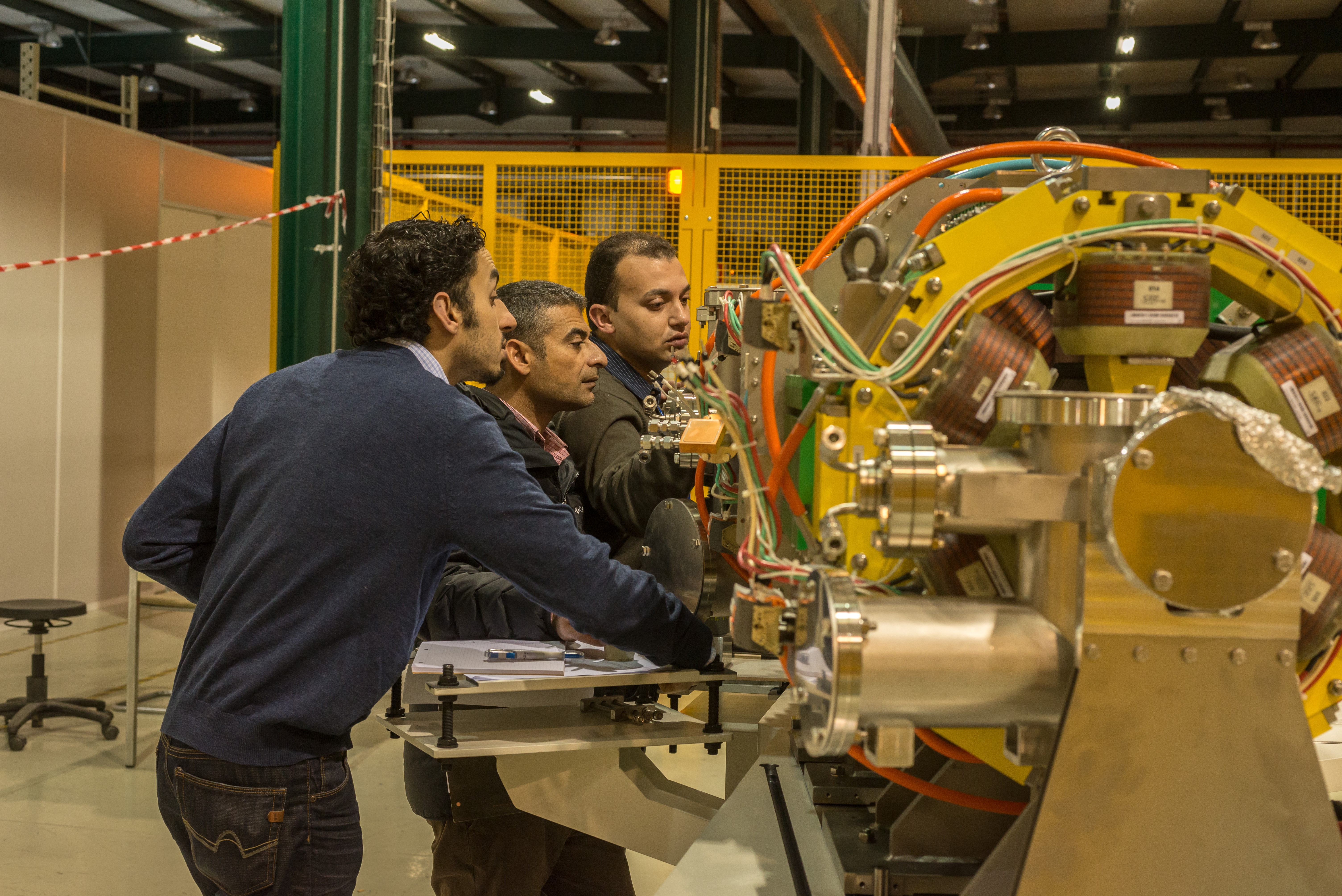 1/4
Science diplomacy and cooperation for the benefit of humanity: CERN and SESAME
(1954–today)

In the early fifties, the cost of building a large cyclotron for penetrating the nucleus of the atom and its operating expenses were estimated in millions of dollars. It would further require the work of teams of scientists of many fields. No university had the means to undertake this venture and very few governments could afford to finance a nuclear research programme. The only solution was international collaboration.

In 1954, the UN General Assembly adopted a resolution for the development of atomic energy for peaceful uses, and expressed the hope that an international atomic energy agency be set up. About the same time, UNESCO received proposals from India, France and Japan to undertake studies on atomic energy. Once the UN’s decision was made, UNESCO adopted a programme to accord with it.

The European Organization for Nuclear Research came into being in Geneva, Switzerland. CERN (Conseil européen pour la recherche nucléaire) was set up by an intergovernmental Convention.

In over 60 years, CERN has become one of the most striking examples of scientific cooperation. Scientists have undertaken the study of atomic energy under CERN’s principles: to have ‘no concern with work for military requirements’ and to ensure that ‘the results of its experimental and theoretical work be published or otherwise made generally available’. Scientific cooperation around its large hadron collider allowed for the discovery of the Higgs Boson in 2012. UNESCO and CERN collaborate through the International Basic Sciences Programme (IBSP) and the Abdus Salam International Centre for Theoretical Physics (ICTP)

The SESAME (Synchrotron-light for Experimental Science and Applications in the Middle East) Centre in Allan, Jordan, inaugurated in 2017, is the fruit of UNESCO’s action to set up an international body for the establishment of a synchrotron light source in the Middle East. Today, SESAME is a fully independent intergovernmental organization and a beacon of science diplomacy, as the project brings together representatives of Cyprus, Egypt, Iran, Israel, Jordan, Pakistan, Palestine and Turkey. SESAME is also designed to help stem the brain-drain and to attract many of the region’s brightest young talents to pursue higher education in the sciences.
Copyright
CERN
Download this picture
Dimension - 6016x4016px
Скачать 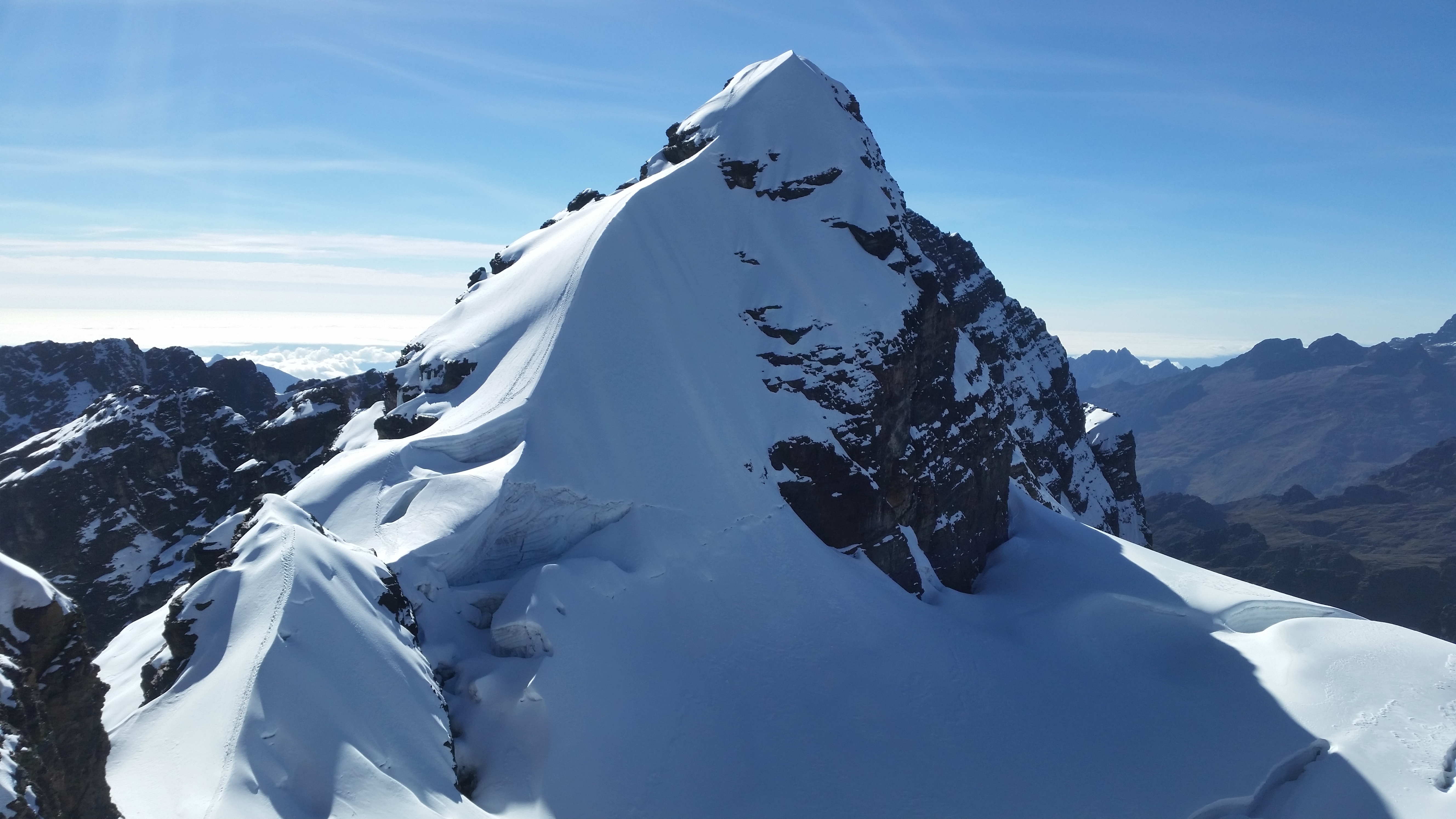 The arid and semiarid regions of the world cover more than a quarter of the land surface. They range from deserts to populated areas where economic life is maintained only by the careful management of water. In 1948, UNESCO was asked to produce reports for the eight arid areas of the world. These reports were the origin of the Arid Zone Research series, which included 30 publications between 1952 and 1970.

In 2000, UNESCO established the World Water Assessment Programme, in response to a call from the UN Commission on Sustainable Development to produce a UN system-wide periodic overview of the status, use and management of fresh-water resources: the yearly World Water Development Report.

UNESCO-IHP facilitates an interdisciplinary approach to watershed and aquifer management, incorporating the social dimension of water. One example is its digital interactive exhibition, Droughts in the Anthropocene, co-produced in 2019, using a number of case studies to showcase the social, environmental and cultural impacts of droughts and water scarcity, while highlighting collaborative solutions.

UNESCO-IHP works towards the improvement of scientific knowledge on ice and snow processes and their socio-economic and environmental interactions in Latin America and the Caribbean, focusing primarily on Andean glaciers. The UNESCO Office in Montevideo provides a forum for collaboration and training, and contributes to the quality of life of the local communities.
Copyright
Dominic Font
Download this picture
Dimension - 5312x2988px
Скачать 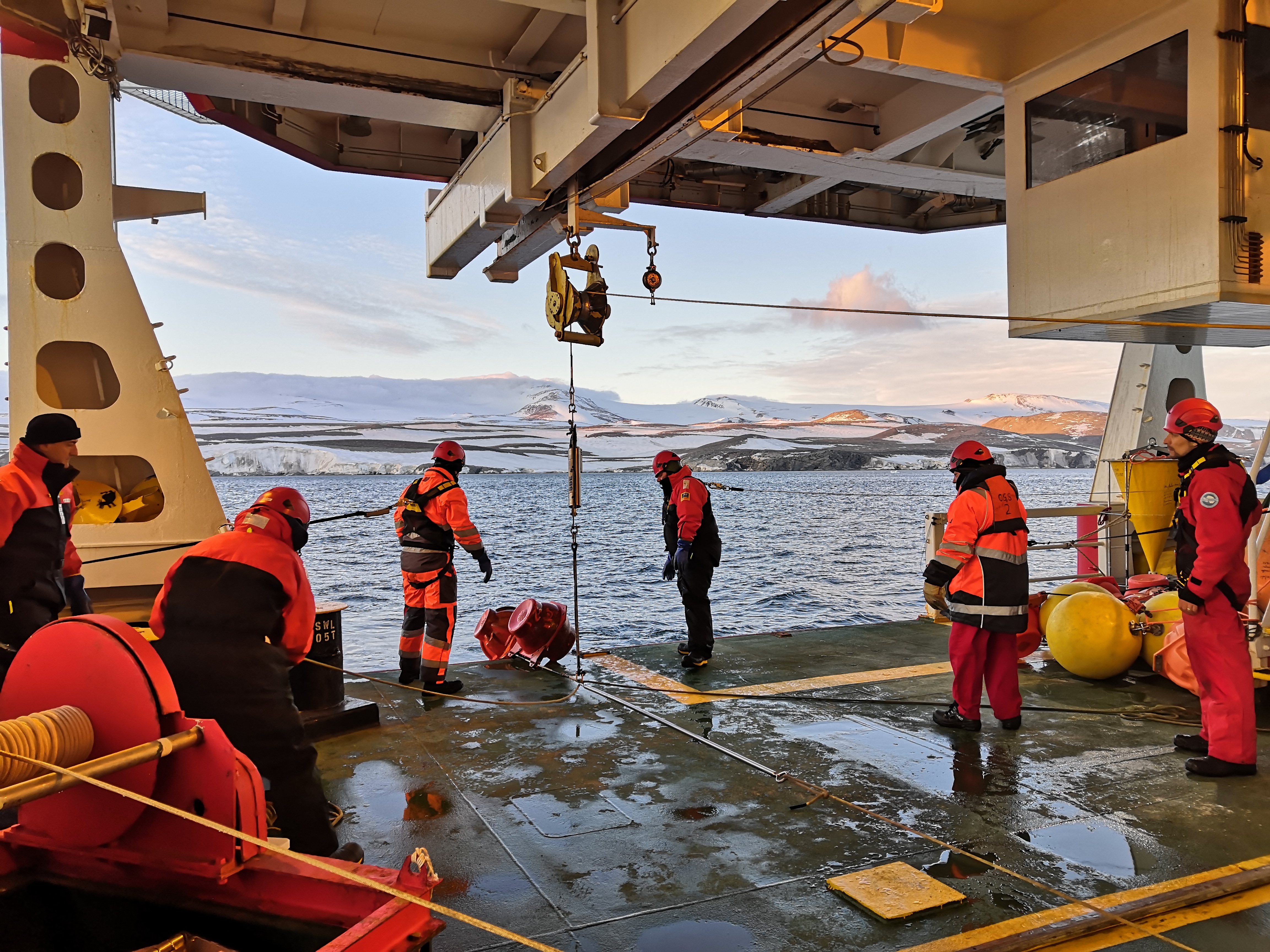 In 1960, the scientific questions concerning the ocean called for the setting-up of a mechanism for international cooperation: UNESCO’s Intergovernmental Oceanographic Commission (IOC-UNESCO).

One of IOC-UNESCO’s first tasks was to coordinate the International Indian Ocean Expedition, which involved 40 oceanographic vessels. Other expeditions and studies followed. In 1969, it launched an Integrated Global Ocean Station System, and later set up, with the UN Environmental Programme (UNEP), an inter-agency group for a world study of pollution in the marine environment.

In 1976, IOC-UNESCO released The Health of the Oceans. This report had a ground-breaking impact, at a time when, as its foreword declares, it was ‘widely realized that the study of marine pollution was still in its infancy and that conflicting views were the rule rather than the exception’. Six years later, IOC-UNESCO co-published The General Bathymetric Map of the Oceans. In 2009, its Ocean Biodiversity Information System was created documenting ocean living species.

IOC-UNESCO provides a focus for all UN bodies working to improve the management of the ocean, coasts and marine ecosystems. IOC-UNESCO also supports its 150 Member States in building their capacity in order to meet the UN Sustainable Development Goals, the Paris Agreement on Climate Change and the Sendai Framework on Disaster Risk Reduction.

The ocean is threatened by global warming, acidification and pollution. The consequences are not just environmental: nearly three billion people depend on marine and coastal biodiversity to survive. As IOC-UNESCO once took the lead of the International Decade of Ocean Exploration (1971–1980), it has taken the lead for the UN Decade of Ocean Science for Sustainable Development (2021–2030).

IOC-UNESCO’s partnership in 2020 with the International Monohull Open Class Association allowed for skippers taking part in the Vendée Globe race to carry scientific observation instruments. As some 2,000 profiling floats and drifting buoys need to be deployed every year to sustain the Global Ocean Observing System – created with the World Meteorological Organization, UNEP and the International Science Council –, yachts provide a cheaper alternative and can reach remote areas. The data is used in climate studies, weather forecasting and the monitoring of marine ecosystems.

Situated at the interface of art and science, cartography offers an irreplaceable synthesis of information scattered through numerous books, articles and documents. It therefore calls for the cooperation of specialists in a variety of fields from all over the world. The unique position occupied by UNESCO among scientific institutions enables it to take
an active part in this type of activity.
The UNESCO Courier, June 1991, p. 47

Mapping the world’s natural resources was a colossal task. Although many thematic maps had been produced in several countries, they used various measuring techniques. In 1956, the International Society of Soil Science decided to publish soil maps on the basis of the existing material. Several soil maps were produced, proving that reconciling criteria was possible.

UNESCO launched in 1961 a joint project with the Food and Agriculture Organization (FAO) to prepare a soil map of the world. The differences between the American, French and Russian systems of representation needed to be reconciled. The result was the Soil Map of the World (1978), consisting of 1,600 pages, with a standard terminology and classification.

Recognizing the lack of information on transboundary aquifers and the absence of regulation and international law instruments, UNESCO-IHP launched the International Shared Aquifer Resources Management Initiative (ISARM) in 2000. The first inventory of transboundary aquifers was prepared with Germany’s Federal Institute for Geosciences and Natural Resources (BGR) and published in 2006. The Map of Transboundary Aquifers was published in 2015 by the UNESCO IGRAC Centre to assist Member States with the development of best practices on groundwater resource management and governance.
Copyright
UNESCO
Download this picture
Dimension - 7707x3543px
Скачать
top