6th April 2021: UNESCO urges all countries to prioritize teachers in national COVID-19 vaccine rollout plans to ensure education can continue safely and schools remain open.  In March 2021, one year into the COVID-19 crisis, UNESCO and the International Task Force on Teachers for Education 2030 carried out a country survey to inquire how countries were prioritizing teachers in national plans. Based on data from 150 countries—including data from the UNESCO/UNICEF/World Bank Survey on National Education Responses to COVID-19 School Closures, the research found that only 17 countries coming from several regions prioritize teachers within the first group for vaccination, including Kyrgyzstan, Tajikistan and Uzbekistan, as well as a number of other middle- and low-income countries including Cambodia and Viet Nam and The Gambia, Rwanda and Uganda. Prioritizing teachers in the first phase for vaccination is also the case in some states/provinces undertaking efforts at sub-national level such as in New Delhi in India.

Another 19 countries allocated teachers to the second priority group to be vaccinated, after health workers and highly vulnerable populations. This is the case for a number of countries in Europe including Germany, Malta and Spain, but also of South Africa where numerous teacher fatalities have been reported.

Another 20 countries include teachers as a priority group for vaccinations in the third phase or even higher. This is the case for a number of countries in Latin America such as Brazil, Ecuador, Guatemala and Bolivarian Republic of Venezuela. It is also the case in high income countries including Ireland, Italy and Ukraine. Yet while Chile also has placed teachers in the third tier, it has also administered one of the world’s highest rates of shots per population, therefore vaccinating more than half of the country’s 513,000 teachers and education workers in time for the start of the school year.

In total, 54 countries do not prioritize teachers in their vaccine rollout plans or plans are still in development. This amounts to about 1 in 4 teachers globally. This is the case of a large number of low-income countries in sub-Saharan Africa, such as Angola, Burkina Faso, Chad, Madagascar, Mali, Niger and Sierra Leone, among others. Teachers are not prioritized either in some countries in East Asia, like is the case in Myanmar and the Philippines.

The call to prioritize teachers in COVID-19 education responses is not new.

As early as March 2020, the International Taskforce on Teachers for Education 2030 launched an international Call for Action on Teachers to highlight critical measures that countries should take to support teachers in the global pandemic, including the “protection of teachers’ and students’ health, safety and well-being”. This was reaffirmed during the Extraordinary session of the Global Education Meeting (2020 GEM), convened by UNESCO in October 2020, where Heads of State and Ministers committed to support all teachers and education personnel as frontline workers, and to prioritize their health and safety.

On 14 December 2020, UNESCO and Education International urged countries to include teachers as a priority group in national vaccination rollout plans to curb the spread of COVID-19 and protect teachers and students in an effort to ensure the continuation of learning and a safe return to in-person teaching.

A recent study suggests that without greater international cooperation, more than 85 poor countries will not have widespread access to COVID-19 vaccines before 2023. Given the fact that many low-income countries are unlikely to obtain enough doses to vaccinate their teachers for some time, and the risks involved in the return to in-person education while unvaccinated, UNESCO and its partners urge Member States to prioritize teachers in vaccination plans to sustain education and protect the wellbeing of educational communities around the globe.

Education staff including teachers are waiting in line for their first jab at National Stadium, Phnom Penh 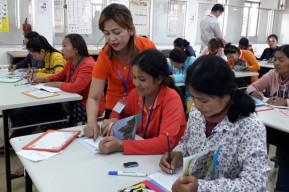 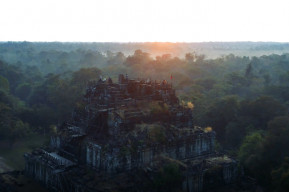 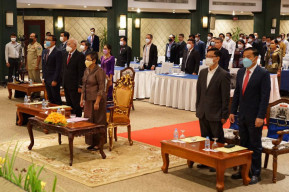 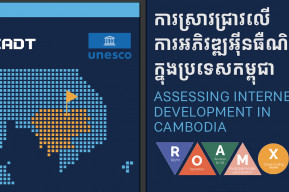 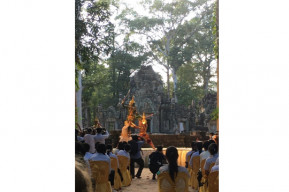