A Colorful and Diverse Media Landscape in Myanmar

As Myanmar prepares for a general election in 2020, UNESCO has been working with Myanmar media professionals like Myint Kyaw, head of training of the Myanmar Journalism Institute, in order to ensure free and fair election coverage. © Myint Kyaw

The way Myanmar people communicate with each other, and consume and share information and media content is changing thanks to acquired media and information literacy skills. These developments have brought new opportunities as well as challenges to Myanmar citizens to engage in their society and in the transformations that their country is going through.

Before the political opening-up in 2012, Myanmar’s media ecosystem was nothing like the country’s diverse natural landscape. Only after political reforms, including the abolishment of prior censorship, did new media outlets sprout and bloom.

The liberalization measures in the telecom industry since 2013, also contributed to the rapid growth of mobile and internet usage, and notably, the country witnessed 105% SIM penetration rate and 80% for smartphone in 2018. Today, there are over 140 licensed internet service providers in Myanmar in addition to the four telecom operators.

The digital leapfrog pushed Myanmar citizens from not having a phone nor even having experience sending a text message, to using smartphones daily. However, most people have very low Media and Information Literacy (MIL) competencies to critically assess information.

One of the greatest challenges is the spread of hate speech and disinformation through social media, which has been reported as a key factor in the escalation of inter-ethnic and inter-religious tensions in the country. These tensions have led to episodes of violence in some cases. 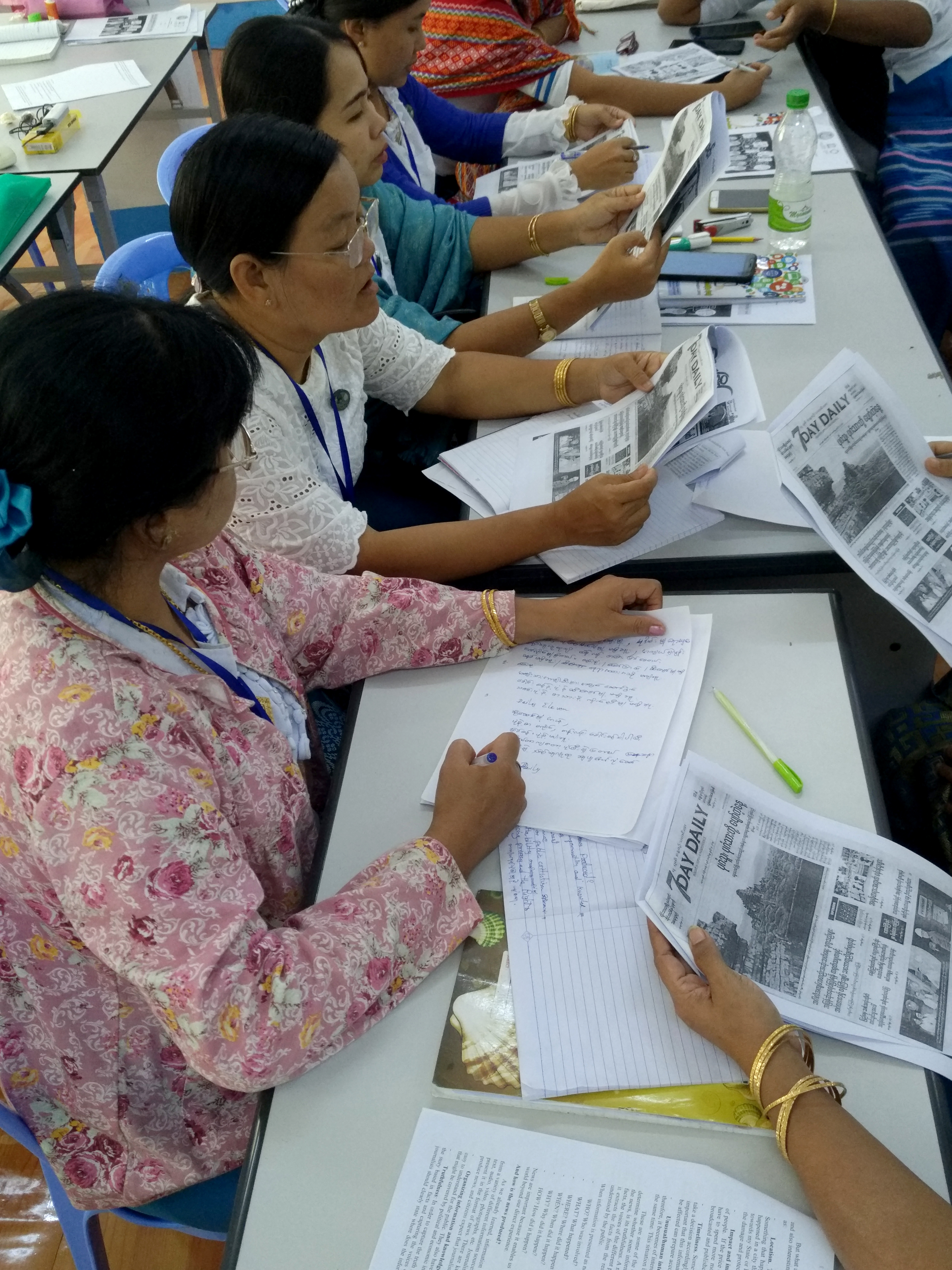 UNESCO in collaboration with stakeholders in Myanmar is assisting the country to tackle those challenges. MIL being more relevant than ever in such a context, the Ministry of Information decided to establish a Committee for the Promotion of Media and Information Literacy.

For the inception of this groundbreaking committee, the Ministry of Information together with UNESCO organized a workshop in March 2019 to develop an action plan for the promotion of MIL. This plan outlines concrete programmes and links these to different government departments. It further identifies the resources required for implementation of the programmes. The Government’s efforts to build a media and information literate society in Myanmar have since then grown.

The Ministry committed to carrying out this mission: “With its mandate to inform, educate and entertain the public, the Ministry has the responsibility to take a leading role in promoting MIL in Myanmar”, said Dr Thida Tin, Deputy Director-General at the Ministry of Information and Head of the Committee.

The workshop was rapidly followed by training on the principles of MIL, thanks to which 300 staff from government departments and national media outlets learned different dimensions of MIL, ranging from understanding of media to technological competencies. The participants involved and empowered will play a key role in carrying the mission forward.

The establishment of this committee and the commitment of the Government to promoting MIL marked a milestone of UNESCO’s advocacy work in the field of MIL in Myanmar. Under the auspices of UNESCO, the Government and stakeholders in Myanmar, including the education sector, journalism training institutions, the media, and CSOs, are taking steps to put MIL on the country’s development agenda.

UNESCO and the Myanmar Government will join forces and continue these actions, while navigating a transformed media landscape in the country. Equipping citizens with MIL competencies is one of the most effective ways to weed out hate speech and disinformation cropping up across all channels and platforms. MIL further enables them to enjoy the opportunities and benefits of the diverse and colorful media landscape, fostering intercultural dialogue, critical thinking, and peacebuilding. These actions are therefore crucial.

The multi-Donor programme on freedom of expression and Safety of Journalists (MDP) serves to further strengthen UNESCO’s work at a global, regional, and national levels, by channeling funds towards emerging priorities and the most pressing needs to achieve its mandate on freedom of expression. It enables UNESCO’s communication and information Sector to address complex issues through the design and implementation of holistic medium and long-term interventions at national, regional and global levels. The clear advantage of this mechanism is that it allows UNESCO and its partners to achieve greater impact and sustainability, whilst reducing fragmentation of activities in the same field.