Educating for an AIDS-free world

Many people all over the world use the occasion of World AIDS Day (WAD), 1 December, to raise awareness about the disease and reflect on progress in the response. The theme for this WAD, and all others until 2015, is Getting to Zero: zero new HIV infections, zero discrimination and zero AIDS-related deaths.

A new World AIDS Day report: Results, by the Joint United Nations Programme on HIV/AIDS (UNAIDS), shows that in 25 countries, most of them in Africa, new infections have dropped by more than 50% since 2001. In the words of the UNAIDS executive director, Michel Sidibé, “we are moving from despair to hope” that an AIDS-free World is possible.

This success is the result of technological advances, increased access to treatment, and a reduction in stigma and discrimination. Education is central to these efforts. Education is the foundation for the success of all HIV programming. It is only through comprehensive HIV education that young people can learn about HIV risk in their context and develop the skills to understand, access, and use the HIV programmes that can protect them all their lives. UNESCO seeks to promote, develop and support comprehensive education sector responses to HIV and AIDS by building country capacity, advancing gender equality and protecting human rights.

This December UNESCO will be conducting activities globally in observance of WAD. In Eastern Europe and Central Asia there will be an online prevention campaign that will reach two million young people. In Latin America there will be joint activities to provide tools and resources to governments for national action. There will be a march in Dakar, Senegal to raise awareness and support for UN staff living with HIV. In Cameroon, the UNESCO office is organising an HIV week that includes workshops for teachers and learners and an HIV testing campaign in all Yaoundé schools. In Beijing, a documentary on sexuality education including gender and HIV will be launched. In Thailand, UNESCO is supporting the Day of Sexual Diversity Rights; the Organization will also join the UN exhibition booth at a major World AIDS Day Event in Bangkok organized by the Thai Ministry of Public Health.

This World AIDS Day UNESCO is taking time to reflect on progress made in reducing new infections and promoting the critical role of education in all aspects of the HIV response. As Ms Irina Bokova, Director-General of UNESCO, states in her Message on the occasion of this year’s World AIDS Day: “Progress must strengthen our determination to create a world free of AIDS. HIV and AIDS can be conquered through renewed commitment and sustained solidarity. For this, we need to use every resource as best we can and draw on all available evidence.” 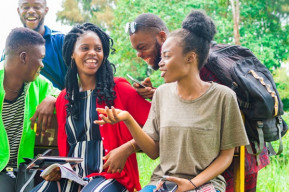 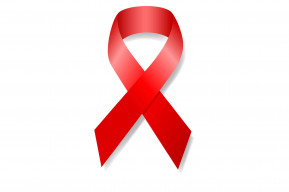