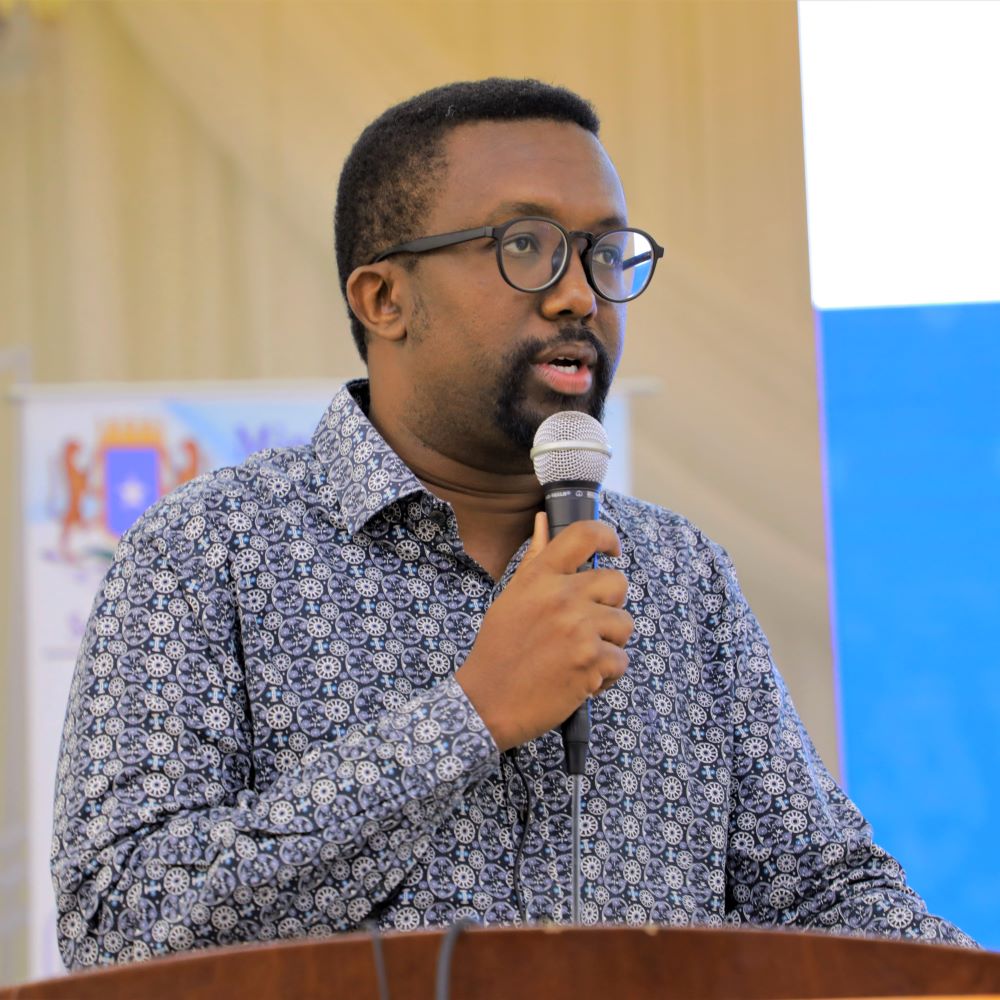 Could you please introduce yourself and share how you became committed to promoting media freedom?

What is the mission of the Organization you work for?

What are you going to do with the grant from the Global Media Defence Fund?

For many years Somalia has been characterised as a country of the rule of gun. But the rule of law is gradually gaining ground in many regions. In the past three years judicial harassment of journalists and legal persecution of media professionals has been on the rise. Much as this is unfortunate, it represents a positive evolution towards a situation where due process applies.

On the other hand, arbitrary use of the law and new laws which fall short of international standards are an emerging threat. With the help of the Global Media Defence Fund, we shall be in a position to secure legal representation for journalists by establishing a network of lawyers across the country who will be trained and ready to help journalists who are thrown into detention or dragged to the courts because of their journalism or media work. We have established inside NUSOJ, a dedicated unit that is in charge of the legal protection of journalists that besides responding to distress calls, also carries out strategic litigation with a view to challenging unfair media laws. The Fund will go a long way in helping to offset the legal costs or process fees in cases concerning journalists. In other words, the Global Media Defence Fund will strengthen the capacity of Somali journalists to fight for rule of law and make journalists advocates for supremacy of the law.

What will be the impact of this action?

The major impact will be more confident journalists committed to reporting without fear or favour. Somali lawyers will also be better equipped to take on cases in the courts and defend journalists in line with national and international laws. Journalists will not fear and despair whenever they are sued as they know a network of lawyers are ready to defend them. The strategic litigation will equally pave the way for progressive laws or judicial decisions. It is expected that up to 20 journalists will be legally defended and at least 15 lawyers in all regions of Somalia will be ready to provide legal defence for journalists. This is unprecedented in the history of Somalia and we are proud to make it doable.

Any suggestions/recommendations you would like to make to UNESCO as administrator of this Fund and/or to its donors?

Empowering journalists so that they can stand up for their rights and freedoms through the law is vital to the professional development of journalism in Somalia. It will engender a sense of responsibility and accountability among practicing journalists. It would also be helpful for UNESCO to also support the production of a compendium of all the laws that curtail or suppress media freedom and freedom of expression in Somalia and then help develop strategic and holistic approaches to progressively changing them or at least awakening the judiciary and the public to their incompatibility with international standards.

Story
Mama Maryan’s Pursuit of a Legacy of Peace through the National Museum of Somalia
August 6, 2020
Story
How a literacy programme in Somalia changed the life of a teenage girl
May 29, 2017
top