International Geneva gathers to discuss the role of media for democracy.

On the occasion of the 2019 World Press Freedom Day (3 May), the UNESCO Geneva Liaison Office together with the United Nations Information Service in Geneva organized a Panel Discussion on key challenges presented by disinformation and how the digital era has impacted press liberties and its effects, especially during elections. This interactive dialogue in the Palais des Nations galvanized support from journalists, Member States, civil society and international organizations.

This year’s discussion, convened under the theme of “Media for Democracy: Journalism and Elections in Times of Disinformation”, provided a good opportunity for key stakeholders to examine alarming symptoms in today’s media landscape. Leading the dialogue was a Panel consisting of experienced speakers, moderated by Ms. Alessandra Vellucci, Director of the UN Information Service in Geneva.

Opening the discussion, Director of the UNESCO Geneva Liaison Office Mr. Abdulaziz Almuzaini, highlighted that “in recent years, there has been an avalanche of content other than journalism during elections, including made-up facts, anti-media rhetoric and attempts to discredit truthful news reports.”

The UNESCO representative underscored the technological dimension of the matter, recalling that the growing centrality of the Internet and the concentration of power in technology companies are key factors to be considered. “Against this complicated background, it is key to keep focus on a free, independent and pluralistic media, with professional journalism that is practiced without fear of attack.” Mr. Almuzaini added.

H.E. Mr. Coly Seck, President of the United Nations Human Rights Council, and Mr. Bodi Hugger, President of Association of the Accredited Correspondents the United Nations, both emphasized on the challenging environment for the media to exercise its duties, where opposing voices have often been suppressed and even silenced. It is therefore imperative to push back this tide and restore a just and safe space for journalists, they said. Mr. Seck further pointed out that journalism is crucial for the work of the Human Rights Council since it brings violations to the forefront of public attention.

The Keynote Speech was delivered by the Director of the European Union Fundamental Rights Agency, Mr. Michael O’Flaherty, who proposed three-fold actions to uphold journalism and human rights, which includes the recognition of the conducive role of journalism in our vibrant society, the enforcement of the hard legal actions against those who commit crimes on journalists, and supporting good media outlets and their hard work.

The Panel Members - H.E. Ms. Elisabeth Tichy-Fisslberger, Ambassador of Austria to the United Nations Office in Geneva, Ms. Gunilla von Hall, Foreign Correspondent for Svenska Dagbladet in Geneva, Mr. Alan Doss, President of the Kofi Annan Foundation, and Mr. Alan Jourdan, Correspondent for Tribune de Genève - all highlighted that ensuring press freedom and safety of journalists was an imperative to protect the media in light of the emerging challenges worldwide. It was repeatedly said that the best way to combat disinformation was to provide more truthful and integral journalism.

The panel discussion concluded with a Q & A session with the participants, representing the media, Member States, international organizations and the civil society.

World Press Freedom Day was endorsed by the UN General Assembly in 1993 following UNESCO’s recommendation, thanks to the landmark Windhoek Declaration on media pluralism and independence made by African journalists in 1991. 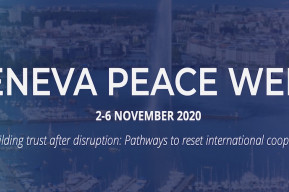 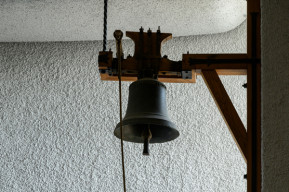 Story
For whom the bell tolls: solidarity with migrants in Lausanne
24 April 2020 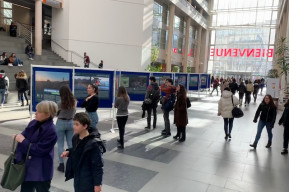 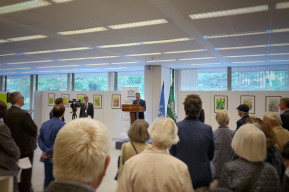 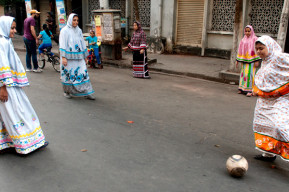