'MIL policies are our policies': new partnership of UNESCO with youth organisations in South East Europe and Turkey

"Fostering Media and Information Literacy skills among youth in South East Europe and Turkey is becoming critical. Social media have a huge influence on how we communicate and access information. Yet, we see that we are often ill-equipped for engaging critically with information, more exposed to disinformation and manipulative content online, and easily disenfranchised from civic engagement. I believe that youth organizations can make a difference in engaging more to address these issues, and for this reason we are thrilled to start the partnership with UNESCO", said Amela Sirovina, President of the Centre for Development of Youth Activism in Sarajevo.

Under the framework of the EU-funded Project' Building Trust in Media in South East Europe and Turkey – Phase 2', UNESCO has established a partnership with the Centre for Development of Youth Activism to create a network of youth organisations of the region and empower them to integrate MIL issues into their daily operations.

'It is a great honour for us to cooperate with UNESCO on this project,' said Ms Sironiva. 'This is our first regional project. The chance to connect, share experience, and build cooperation with other regional youth organisations will substantially impact our Centre's future development.'

Committed to the objective that 'MIL Policies are Our Policies', the Centre for Development of Youth Activism started establishing a network of youth organisations in the region to empower at least 35 such organizations to integrate MIL issues into their programmes. The project will be stimulating peer education and enhance the MIL culture among young people and civil society in general. By the end of the project, the signing of a declaration is expected to take place, through which the organisations will express in written form their integration of the MIL concept into their strategies and policies.

'We wanted to be a part of this project that, at the same time, strengthens freedom of expression and empowers the youth in the region to think critically, especially in a region like ours, where disinformation is spreading. Together with other youth organisations, we want to support and build the media and information literate society that we would want for our families, communities, active citizenship, sustainable development, and democracy,' Sirovina concluded.

UNESCO and the European Union, DG Near, launched the second phase of the project Building Trust in Media in South East Europe and Turkey in November 2019. In consideration of the clear decline in civil society trust in media in the region and the recommendations from the European Union on combating disinformation online, the three-year project aims to, among others, enhance MIL skills among youth by introducing MIL components in formal and non-formal education systems, training education staff, building MIL capacities of youth organisations. 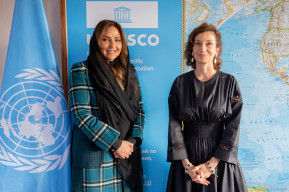 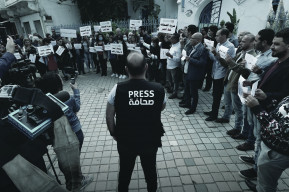 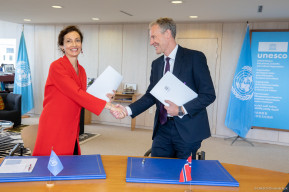 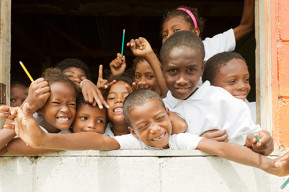