The document sets out the challenges of prioritizing education in pandemic response plans during 2021 as well as maintaining and/or increasing education budgets.
It also recommends ensuring learning continuity by adopting strategies that favour a return to in-person learning, as the public health situation permits, and which prioritize those students who have been excluded.

The year 2020 was one of uncertainty, dynamic scenarios and accelerated processes. Reflecting back on what happened last year allows us to better understand the events in question and should help us to make better decisions in the future. With this in mind, the Regional Bureau for Education in Latin America and the Caribbean (OREALC/UNESCO Santiago) has put the report “National education responses to COVID-19: the situation of Latin America and the Caribbean” at the disposal of the education sector.

The objective of the document is to present an overview of the 2020 situation in Latin America and the Caribbean regarding the suspension of in-person learning caused by the COVID-19 pandemic, the countries’ responses to ensure pedagogical continuity and support for the education community, and the status of plans for reopening.

“The document is the result of information that UNESCO, UNICEF and the World Bank have gathered by surveying Education Ministries and monitoring countries’ educational responses to the COVID-19 pandemic. The survey explored the measures that ministries have adopted and their plans for returning to in-person learning,” explained Alejandro Vera, regional programme specialist at the UNESCO bureau.

The survey was applied during different phases to record changes in each country’s situation. Two consultation phases of the survey had been completed when this present report was drafted; the first was conducted between May and June 2020 and the second between July and October of the same year. A third phase, which was implemented between February and March 2021, also involved the participation of the Organisation for Economic Co-operation and Development (OECD) and its findings will be published shortly.

The educational responses to the pandemic that were implemented by Latin American and Caribbean countries have demonstrated an ability to respond rapidly, first in measures to suspend in-person learning and then through the organization of remote learning. Governments have implemented different strategies to address educational needs, which have involved diverse measures and stakeholders. We do not yet have access to regional data that analyse the coverage and effectiveness of these responses.

Analysis of both the policies developed during the period in which in-person learning was suspended, as well as the first experiences of school reopenings, reveals a markedly heterogeneous picture.

Analysis also identifies similar responses associated with the start date of the academic year in each country, which had an impact on the number of school days affected. Another common finding of the strategies analysed is that the measures implemented are predominantly those requiring lower investment, while the costliest tend to be implemented less frequently.

The number of days accumulated without in-person learning reveals that during 2020 Latin American and Caribbean countries experienced difficulties in finding the right paths to return to in-person learning. By the end of the year, various countries – including the most populous – had been unable to start the reopening process.

The countries’ responses demonstrate a level of uncertainty regarding the near future, which is uncommon in educational planning and unique to the context of this pandemic. There is also still much to be learned with regards to the loss of learning opportunities.

The document advises that, in this context, protecting and even expanding educational investment in a timely and efficient manner can help to reduce the pandemic’s current and future impacts on education.

It concludes that the development of a rapid diagnosis system should be a priority for 2021, in order to understand the severity of the situation and appropriate action to be taken.

The document also emphasizes the importance of strengthening information resources in order to understand the effects of the pandemic, to assess the scope and impact of the measures taken and to plan for the return to in-person learning. Above all, it concludes that it is vital that populations at greater risk of exclusion are placed at the centre of government policy, given that, now more than ever, they need concrete and effective action so that inequalities are not exacerbated. 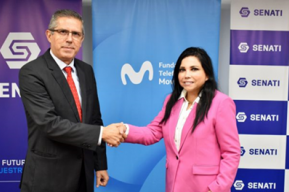 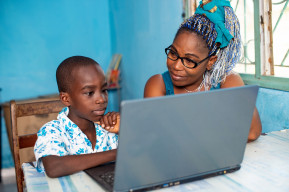 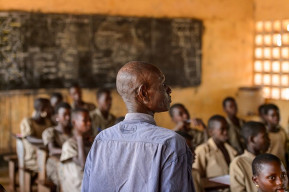