Women and Girls in Ukraine

In its landmark Resolution 1325 on Women, Peace and Security (2000), the United Nations Security Council calls on “all parties to armed conflict to take special measures to protect women and girls from gender-based violence, particularly rape and other forms of sexual abuse, and all other forms of violence in situations of armed conflict.”

Twenty-two years later, on International Women’s Day, UNESCO is deeply concerned at the devastating escalation of violence in Ukraine, which threatens the safety and protection of women and girls across its fields of competence.

In education, first of all, the current situation in Ukraine is endangering the lives and futures of the country’s 7.5 million children, both girls and boys, who are now without access to learning. As we have seen with the COVID-19 pandemic, educational disruptions put a high number of girls at risk of never returning to school. UNESCO stands with education institutions to ensure that girls and women do not pay the price of this conflict with their future.

In this conflict, women journalists are also under threat. UNESCO recalls UN Security Council Resolution 2222, which not only acknowledges the specific risks faced by women journalists, media professionals and associated personnel in carrying out their work, but also underlines the importance of considering the gender dimension of measures to address their safety in situations of armed conflict. UNESCO is monitoring worrying reports of women journalists being beaten, detained and threatened.

In addition, UNESCO is responding to the cultural community's appeal for solidarity to protect artists and cultural workers in Ukraine, including their freedom of artistic expression. Women artists and cultural workers need urgent access to emergency resources such as safe havens for themselves and their artistic works. UNESCO deeply regrets reports of damage to the works of the celebrated Ukrainian artist, Maria Primachenko, with whose anniversary UNESCO was associated in 2009. UNESCO is mobilized to ensure that this does not happen again.

Ukrainian women scientists who are dedicating their life to finding solutions to some of the most pressing issues, such as the climate change expert Svitlana Krakovska, have had to withdraw from negotiations on the impact of global warming. UNESCO has celebrated the achievements of some of these scientists throughout the years - such as the mathematician Olena Vaneeva who was nominated UNESCO/L’Oréal International Rising Talent in 2020 - and will continue to stand by their side.

The critical voices of women journalists, educators, artists and scientists are the bedrock of society and democratic discourse. They are essential to preserve peace, to uphold human rights and fundamental freedoms. Yet, their unique role is also what makes them a priority target of narratives of hate, dominance, and destruction.

As we celebrate International Women’s Day this year, UNESCO is committed to the protection of women and girls across the globe. Equality is a universal cause and an everyday imperative, in times of peace and in times of conflict. Today more than ever, we must show that we are equal to these challenges. 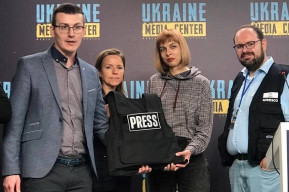 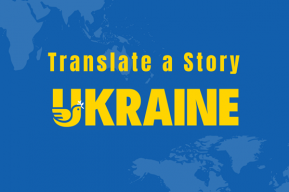 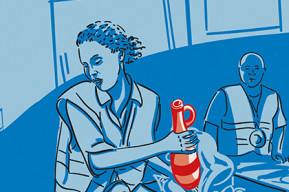 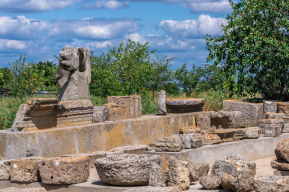