Based on their experience, pilot countries Ghana, Kenya and Serbia have recommended that other countries begin the process of developing a roadmap for weaving science, technology and innovation into the Sustainable Development Goals (SDGs) by prioritizing economic sectors and ensuring broad multistakeholder participation in the process.
Shutterstock.com/Hryshchyshen Serhii
27 July 2022

They made this recommendation at a side event during the High-Level Political Forum on Sustainable Development in New York, which reviewed countries’ progress this year towards SDGs 4, 5, 14, 15 and 17, in particular, at its annual session from 5 to 18 July. The forum concluded with the adoption of the Draft ministerial declaration (advance copy); it reaffirms countries’ political commitment to implementing The 2030 Agenda and its Sustainable Development Goals and calls for greater international collaboration, solidarity and coordination.

Roadmaps programme being scaled up

Ghana, Kenya and Serbia are fairly advanced in the process of developing their respective roadmaps. They have finished drafting these and are now in the implementation phase. They are being accompanied in this process by the UN-Interagency Task Team (UN-IATT) on Science, Technology and Innovation (STI) for the SDGs . As a member of this Task Team, UNESCO has contributed to the development of the Guidebook for the Development of STI for SDGs Roadmaps. This guidebook has been applied by all six pilot countries, which also count Ethiopia, India and Ukraine.

Three years after the Science, Technology and Innovation (STI) for the Sustainable Development Goals (SDGs) Roadmap Programme was launched at the High-level Political Forum in July 2019, this year’s forum offered an opportunity to share experiences and lessons learned from the pilot phase. The Roadmaps Programme is co-led by the United Nations Department for Economic and Social Affairs, UNESCO, the European Commission’s Joint Research Centre and the Government of Japan.

The STI for the Sustainable Development Goals (SDGs) Roadmap Programme is currently being scaled up into what will be known as the Partnership in Action, in order to reach out to more countries and stakeholders. That is why high-level officials from the scientific communities of not only Ghana and Kenya but also Gambia, Malawi, Namibia, Rwanda and Tanzania participated in the side event on 12 July on the theme of Innovation ecosystems in Sub-Saharan Africa: the path towards localised STI for SDGs roadmaps. Officials from Namibia and Tanzania described how UNESCO’s Recommendation on Science and Scientific Researchers (2017) had guided their efforts to foster STI for the SDGs, with the support of the Government of Sweden.

This side event was co-organised by the Inter-agency Task Team (UN-IATT), of which UNESCO is a member. UNESCO currently co-leads two of the Task Team’s workstreams, namely those on STI roadmaps and on capacity-building.

At the side event on the STI roadmaps on 12 July, country representatives and representatives of the African Union Development Agency shared their experiences and the challenges that they face in mainstreaming STI for sustainable development; they also discussed the lessons they had learned from applying the guidebook.

The Joint Research Centre produced a working paper of its own at this side event. This new study fixes a number of objective criteria for studying countries’ preparedness to develop their roadmap. These criteria include security and the rule of law, the availability of internationally comparable research data and the existence of national or regional policy frameworks for science, technology and innovation and of voluntary national reviews tracking their progress towards the SDGs. The study recommended that countries embarking on this process pay special attention to fostering innovation, learning and experimentation, as well as to strengthening policy-making capabilities.

Capacity-building crucial to advance STI for the SDGs

Capacity-building in STI for the SDGs was another key topic on the agenda. A side event proposed by the UN-IATT’s sixth work stream on capacity-building, which is co-ordinated by UNESCO and UNCTAD, took place on 6 July. UN-IATT presented a booklet that it has developed with support from UNIDO, entitled Science, Technology and Innovation for Achieving the SDGs: Guidelines for STI Policy Formulation. This booklet blends theory and case studies from training sessions organised by this work stream.

The Task Team also described a series of regional training courses that it had run for officials from 90 countries since 2018. Representatives of development agencies, such as the German Development Cooperation and the Organisation of African, Caribbean and Pacific States, are collaborating with the Task Team to scale up these courses, which have already trained more than 500 officials.

Several UNESCO chairs and centres present expressed interest in contributing both to these training programmes and to the development of toolkits. This form of training will help to put policy frameworks in place which benefit from the digital transformation and maximize socio-economic benefits. 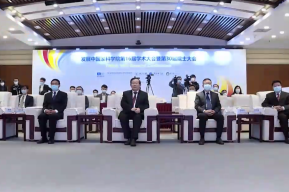 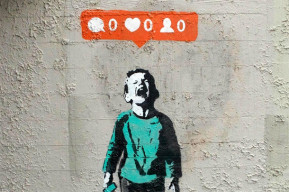 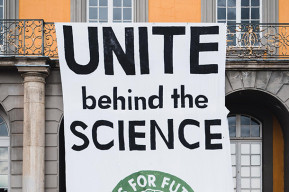 Article
Polarisation kidnapped science, the price is paid by all
26 September 2022 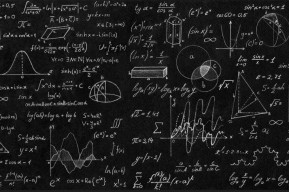 Article
Call for applications for the UNESCO-Al Fozan International Prize for the Promotion of Young Scientists in Science, Technology, Engineering and Mathematics (STEM)
30 June 2022 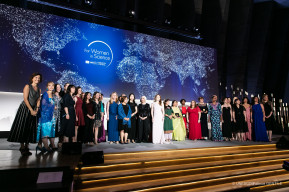