The role of science in tackling COVID-19 and its consequences has been widely recognised. But despite this fact, the process of science and science ecosystems still struggle to incorporate basic human rights.
Gorodenkoff | Shutterstock.com
May 10, 2022

Access to scientific knowledge and benefits remains inequitable. For instance, only 15.21% of people living in low-income countries were vaccinated with at least one dose compared to 71.93% in high income countries as of 20 April 2022. Gender divides persist e.g., only 35% of STEM students in higher education globally are women. Scientific freedoms continue to be infringed. 332 attacks on higher education staff were recorded in 2021.

In this context, UNESCO, the Swiss Commission for UNESCO, the University of Geneva and OHCHR convened a dialogue on enhancing cooperation to render the right to science more effective, in Geneva, Switzerland, on 25 and 26 April 2022.

It is urgent to make the right to science a reality, and to recognize it as the cornerstone of healthy science ecosystems. Our goal is to have more and better science informing our choices.
Gabriela Ramos Assistant Director-General for Social and Human Sciences, UNESCO

The two-day event was the second in a series of multi-stakeholder encounters, involving UN experts, scholars, academics and representatives of UN entities and various institutions from around the world. The aim is to identify strategies to advance the enjoyment of the rights within the mandate of UNESCO.

UNESCO leads the UN efforts to make the right to science a reality for each and everyone.

There are several key issues that need to be considered for the realization of the right to science:

Changing the picture will require among others:

UNESCO should continue to be a lead actor and play a central role in these initiatives, particularly by using its convening power.

UNESCO’s 2017 Recommendation on Science and Scientific Researchers is a gamechanger with its comprehensive vision of science anchored in human rights.

A main driver for translating this framework into positive change on the ground is the project sponsored by Swedish International Development Agency (Sida) assisting six African countries to reinforce their science, technology and innovation (STI) policies and systems by integrating the principles of the Recommendation. 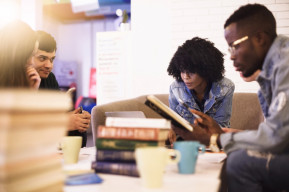 Article
New approaches to the right to higher education
May 23, 2022 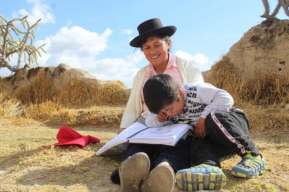 Article
UIL launches a course on family learning and Indigenous knowledges
May 23, 2022 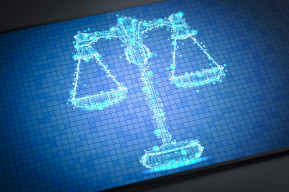 Article
UNESCO global MOOC on AI and the Rule of Law engaged thousands of judicial operators
May 23, 2022 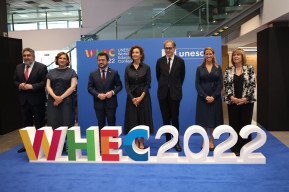